$1m Sugar Baby: My Children Can Sugar If They Want To

The 37­-year-­old has spent most of her adult life pleasing rich, older men and has even had her suitors pay for her extreme body modifications.

The 6ft tall mother­ of­ four has had her sugar daddies spend more than $100,000 on her cosmetic surgery, which included tripling her breast size from a 34C to a 34H.

Her youngest children Juliana, nine, and Ymahni, 12, couldn’t be happier with their mother’s arrangements as they are regularly treated to exotic holidays and expensive presents by their mother’s sugar daddies.

They are so happy with the life that they would even consider it for themselves and refer to their mother’s current sugar daddy – who does not want to be named - ­as Santa.

Juliana said: “A sugar baby is a girl who dates an older man that is really rich and who spoils her.

“I would want a man that pays for everything when I’m older because then I don’t have to worry about things and that is what a gentleman should do.

“Her sugar daddy buys her lots of presents and when she gets money she either takes us on vacation or buys us cute dresses – I’m happy that she is happy.

“He takes her on boats and helps her when she has trouble with money – mom has promised that the next time he takes her on a boat she is going to take us.

While Nina would not necessarily encourage her children to be sugar babies – if they chose that path she would not discourage them and would provide advice.

“The sugar baby lifestyle has provided me with so many opportunities,” she added.

“I’ve travelled all over the world and made a lot of money while meeting really amazing gentlemen.

“I would say that my most expensive present was a $200,000 Maserati Quattro and the house I live in now is all paid for by my sugar daddy – my children and I love it, especially the pool.

“Thinking back on this lifestyle I think it’s easy to say I have made well over $1m.”

Nina, who lives in Florida, was a self confessed dork while growing up but decided on having extreme cosmetic surgery to look like her idol Jessica Rabbit.

“I’ve had my nose done three times, my boobs four times and I also regularly have cool sculpting and microdermabrasion.

“The maintenance to look like this costs a lot and could be too expensive for a girl to afford on her own.”

Her most extreme surgery came earlier this year when she tripled her already enormous 34D breasts to an incredible 34H.

“When you have 800CC implants it’s large but when they get up to 1,400CC that’s considered to be mega boobs, like a goddess,” added Nina.

“I think they weigh eight pounds each but I love big boobs and so does my daddy – I like to make sure he is happy and never want to disappoint him.”

After her first surgery a friend suggested she try being a sugar baby and the offers flooded in.

“I mainly have relationships with international businessmen but only date one person at a time,” added Nina.

“They love to spend their money on me and buy me lavish gifts – my current sugar daddy gives me $10,000 a month and flew me to the Caribbean at Christmas.

“I give them what they need and make them feel comfortable – the sky really is the limit when they feel settled with you.”

Despite being open about the sexual aspect of her relationships, Nina insists that being a sugar baby is very different to being a prostitute.

She added: “Sugar babies don’t necessarily need to have sex, my sugar daddy and I have sex but he had already invested nearly $30,000 in me before we did – he had a hard job.

“A sugar daddy invests in a woman that he feels has the potential to be an asset in his life, a prostitute is not an asset.”

And while it may appear to be a life of uninhabited luxury Nina insists that sugaring can be quite stressful.

Nina added: “I have to work hard and sacrifice my personal needs because if your daddy expects something you have to deliver.

“I incorporate myself into his lifestyle so if he has to travel for anything I manage it, I manage his home and make sure we hire the right staff – I’m basically his personal assistant.”

Before becoming a sugar baby Nina was working a variety of part time jobs to make ends meet.

She became a sugar baby to supplement her income but found that she did not need to work because of it.

When she told her children about her new job they were delighted that they could spend more time with her.

Nina said: “At first they were questioning me asking me how I could afford to do certain things.

“When I told them they supported me 100 per cent.

“I had a trusting relationship with my sugar daddy so I introduced him to the kids as they wanted to thank him for all that he did – since then we are like one happy family.

“I say to each their own, I needed somebody stable who was in a position to help out financially – what is better than a sugar daddy.”

While Nina enjoys her lavish gifts and excessive lifestyle she claims that her attraction towards older and richer men is more than just financial.

“They’re gentlemen and they know how to treat a lady,” added Nina.

“They are sophisticated and intelligent and they know how to conduct themselves in relationships.

“My daddy knows how to make a woman happy.”

She puts her success down to knowing exactly what older, richer men want and one day hopes to use her associate degree in business to teach other women how to be the perfect sugar baby.

She added: “When you have a successful man they lean towards women who can be their subordinate and I know what that takes.

“I want to open a sugar baby academy where younger sugar babies can be groomed to take it to the next level.

“This life can’t last forever so I’ve got to have something to look to in the future and supplement my income.”

Despite the aspersions cast upon her by her fellow women Nina has no regrets about her life choices.

“I am grateful for my life and everything that has come from being a sugar baby,” she added.

“I feel like I am at the point where I can retire and be completely happy and secure for the rest of my life.

“Just because a woman has big boobs and is a walking, talking doll goddess people shouldn’t judge her.”

$1m Sugar Baby: My Children Can Sugar If They Want To 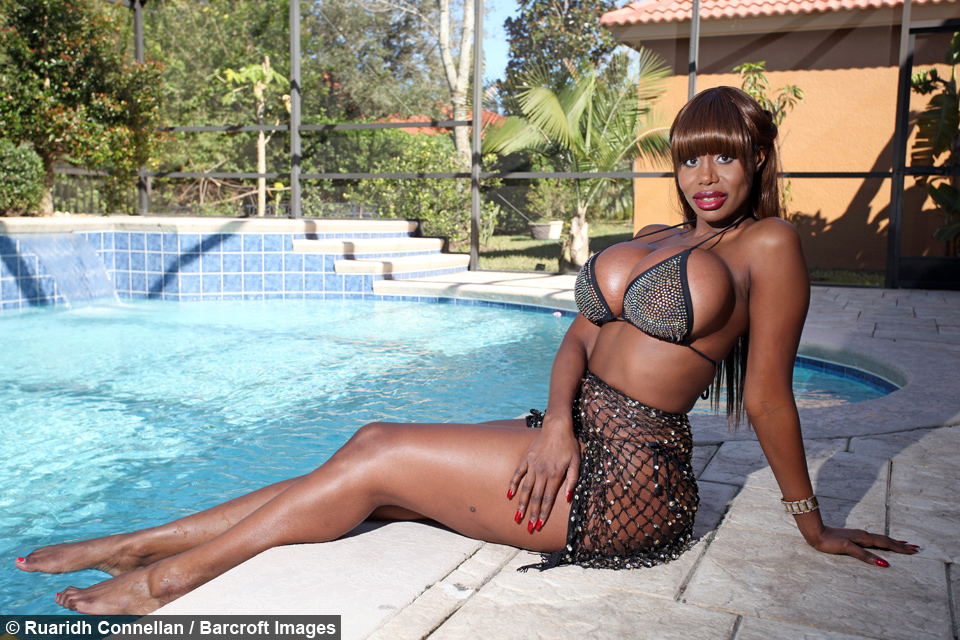 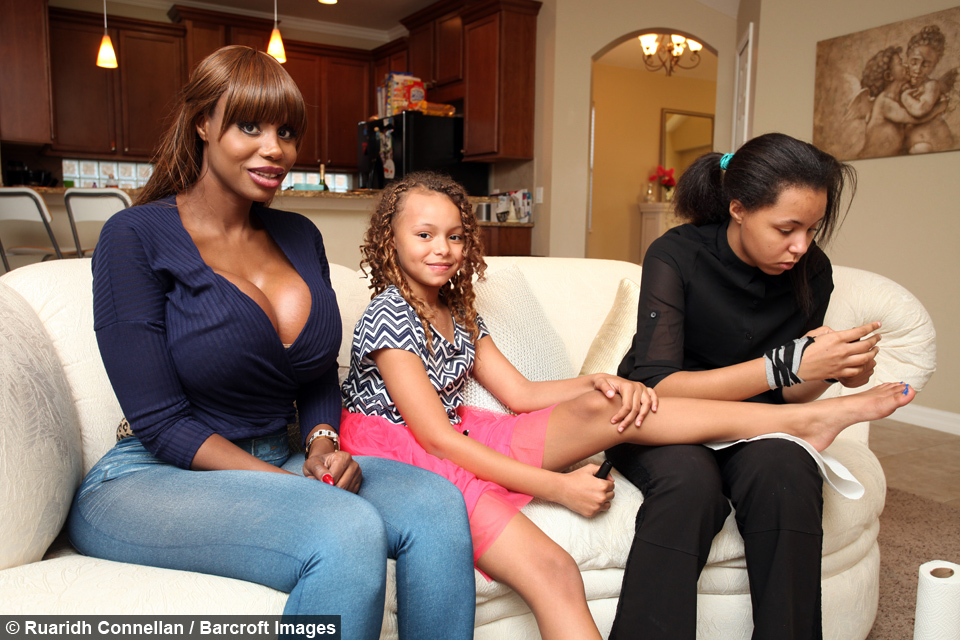 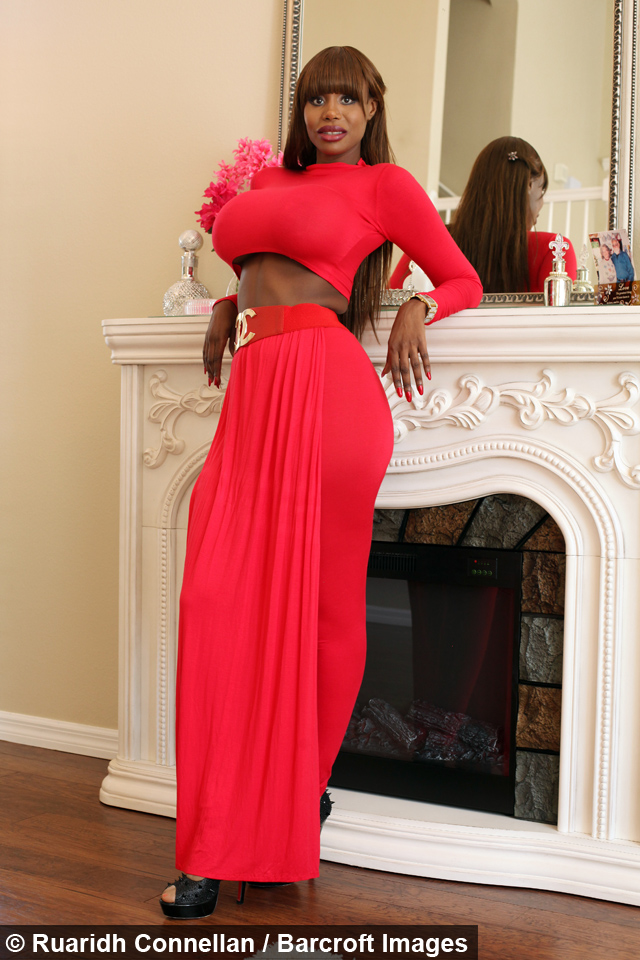 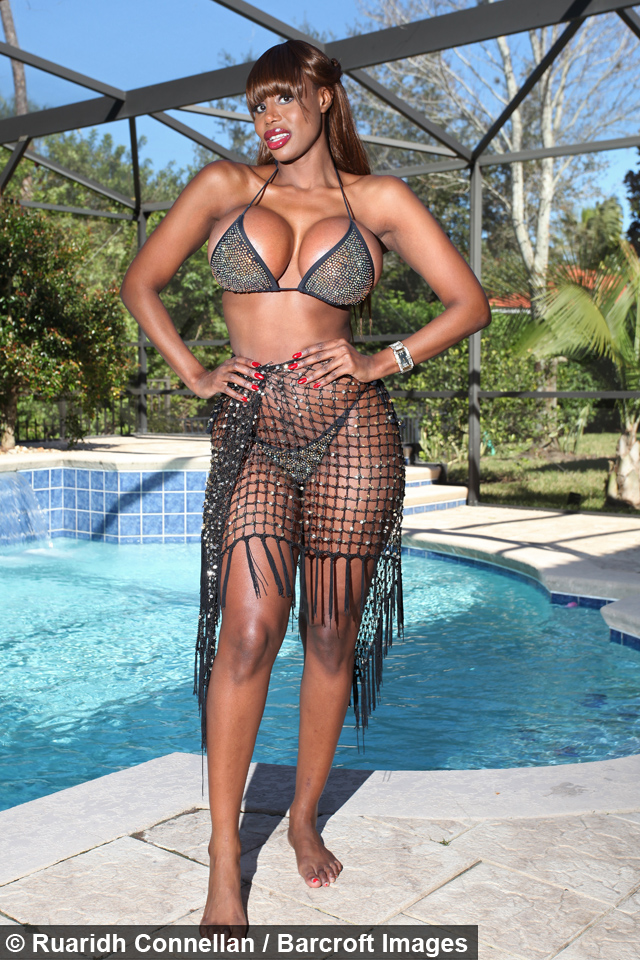 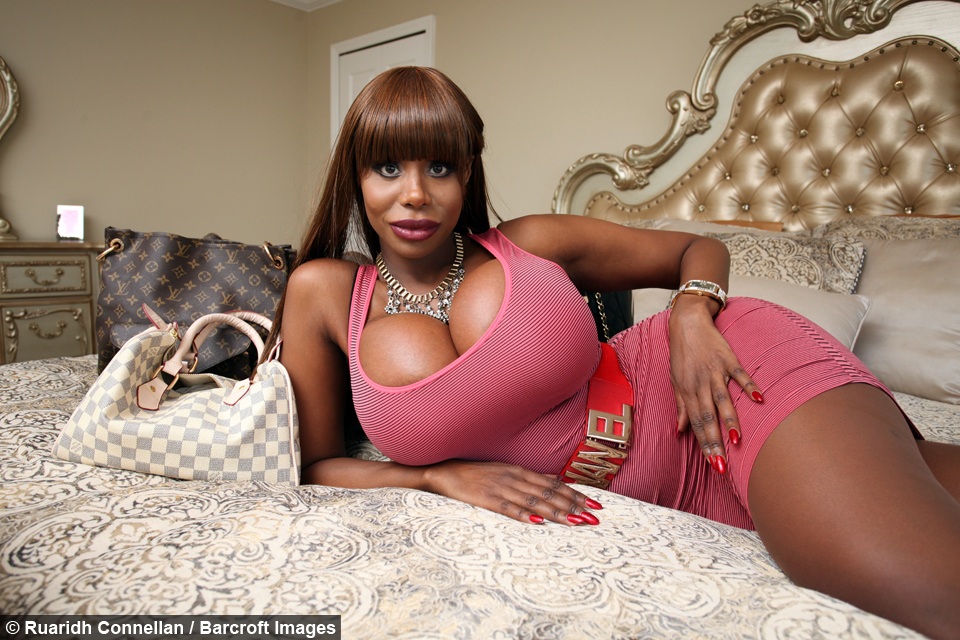 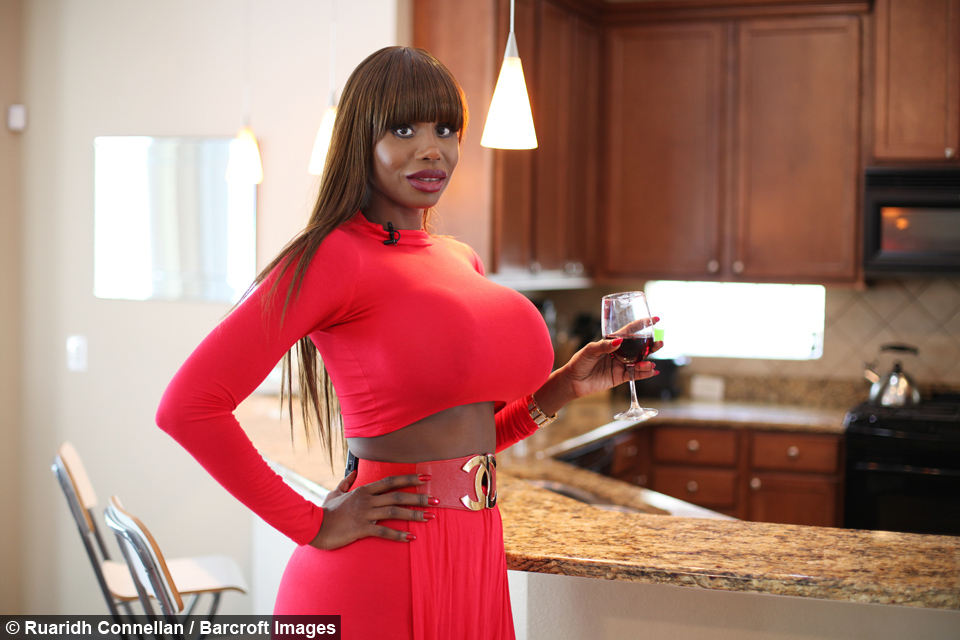 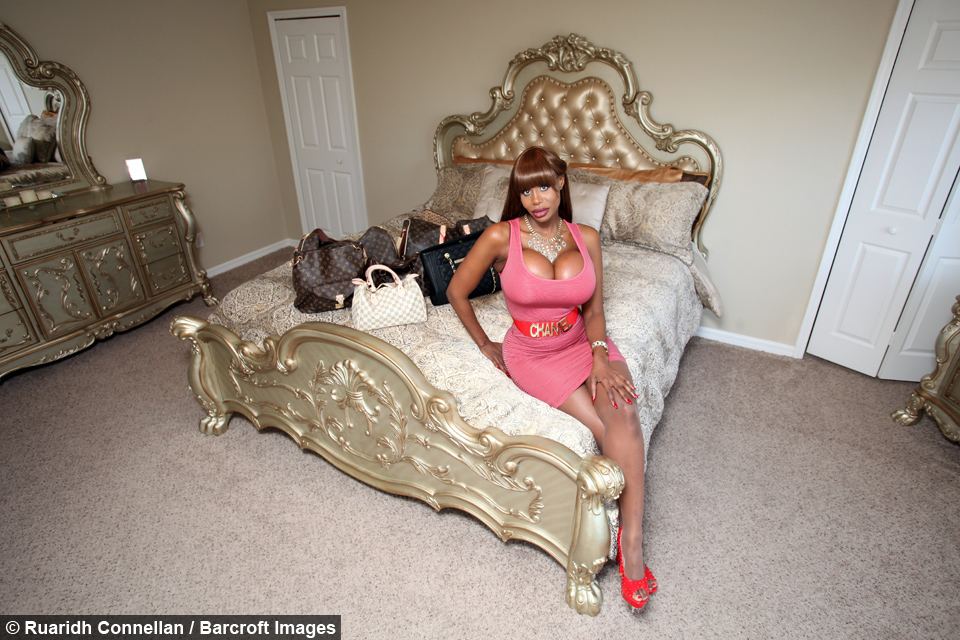 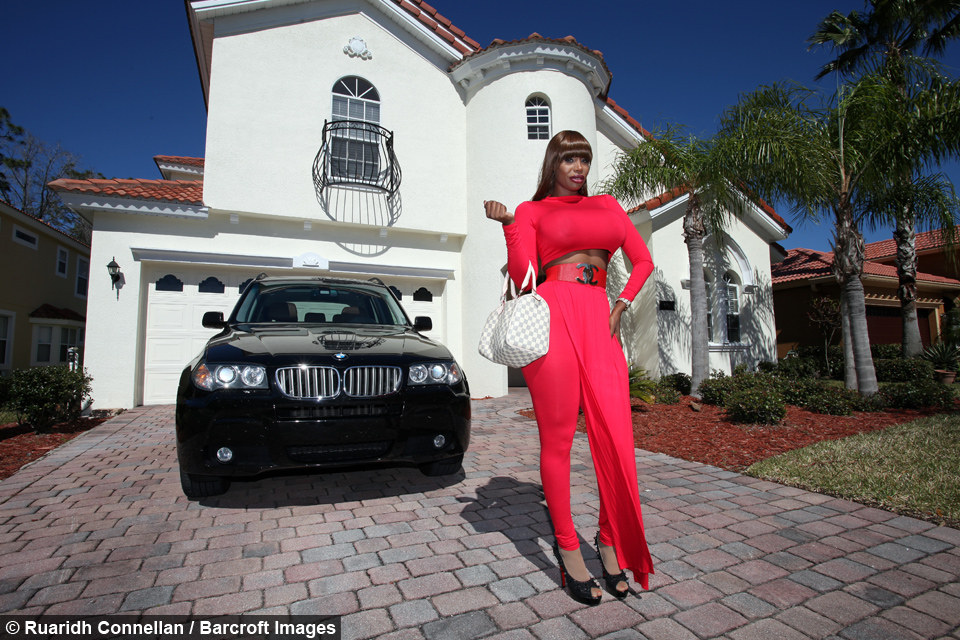