What lies beneath: The boiling springs of an underground supervolcano

WITNESSING the beautiful spectrum of colours in Yellowstone National Park springs, you could almost forget you’re standing on a supervolcano way past its eruption due date

The extraterrestrial-looking mineral-rich pools are caused by bacteria and thermophiles growing around the edges, creating the striking colours.

The heat from three super eruptions thousands of years ago still powers the park’s geysers, hot springs, fumaroles and mud pots, indicating how frighteningly active this volcano is directly under visitors' feet.

He said: “The variety of different landscapes, from waterfalls to huge lakes, forrest, geysers, mountains, wildlife - Yellowstone really does have it all.

“The steam which was emitted by the geysers was comparable to the heat you would feel when you walk into a Turkish steam baths.”

Covering 1,500 square miles, the relatively flat, caldera supervolcano of Yellowstone was caused by a huge eruption 640,000 years ago, which created a large crater filled with magma.

The photographer said: “The steam gave a lot of condensation on my lens, so I was constantly trying to keep everything clean during my shoot.”

This year marks the 100th anniversary of the National Park Service, an agency of the US
federal government that manages all US national parks, national monuments and other historical properties.

Russell said: “It is a great initiative that keeps the parks clean and safe for the general public to enjoy.”

Experts believe if Yellowstone were to erupt it would create an ‘umbrella cloud’ of ash, burying cities up to 300 miles from the park in three feet of volcanic dust.

A thin layer of ash could even fall as far as Europe and the UK.

The Netherlands-based photographer said: “It’s a crazy idea, that Yellowstone is one huge living supervolcano, you don’t really think about it while your there.

“But one day this thing is going to blow, and I hope I’m not in the vicinity if it does."

What lies beneath: The boiling springs of an underground supervolcano 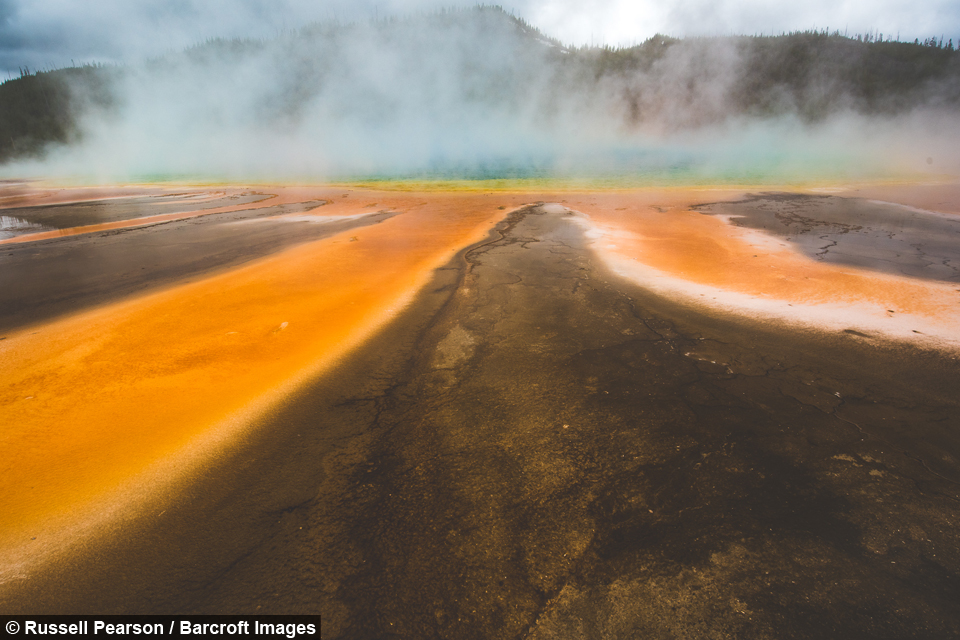 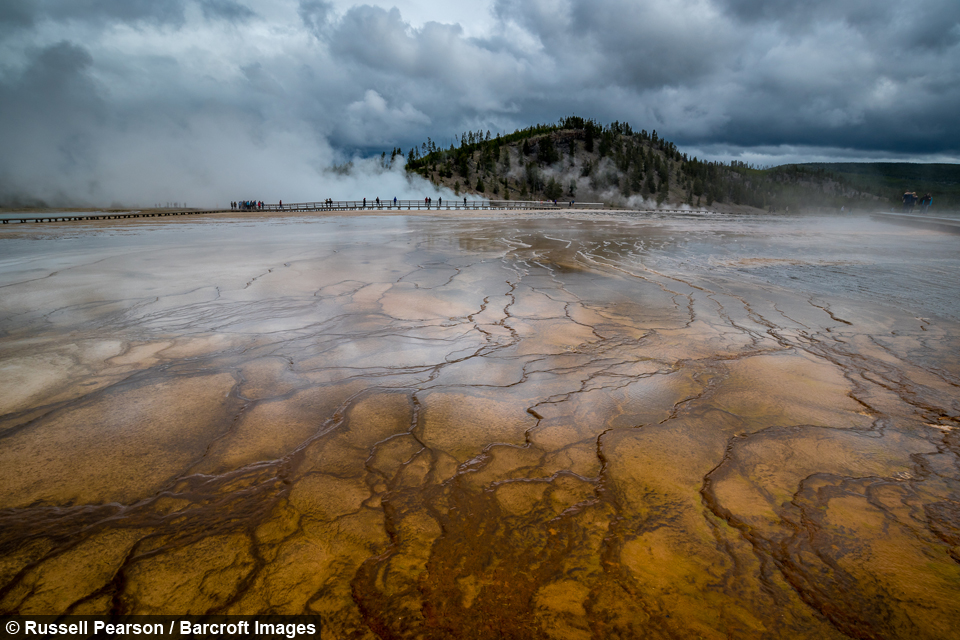 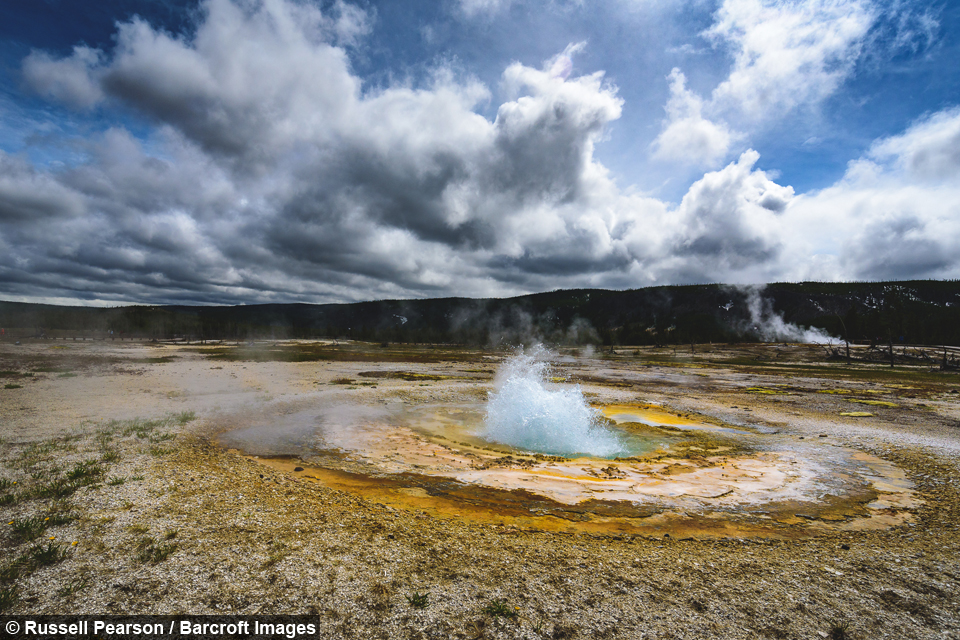 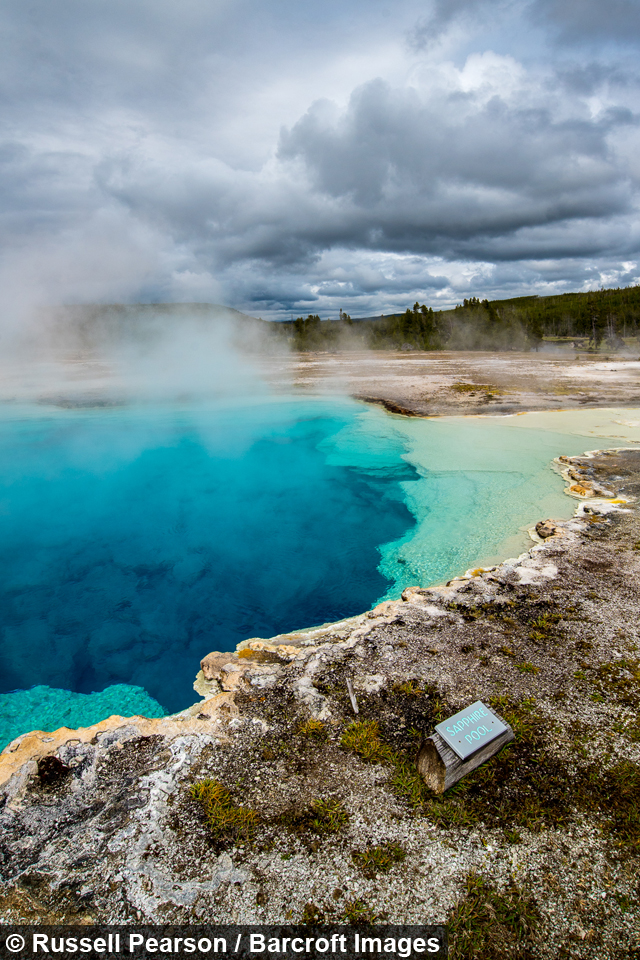 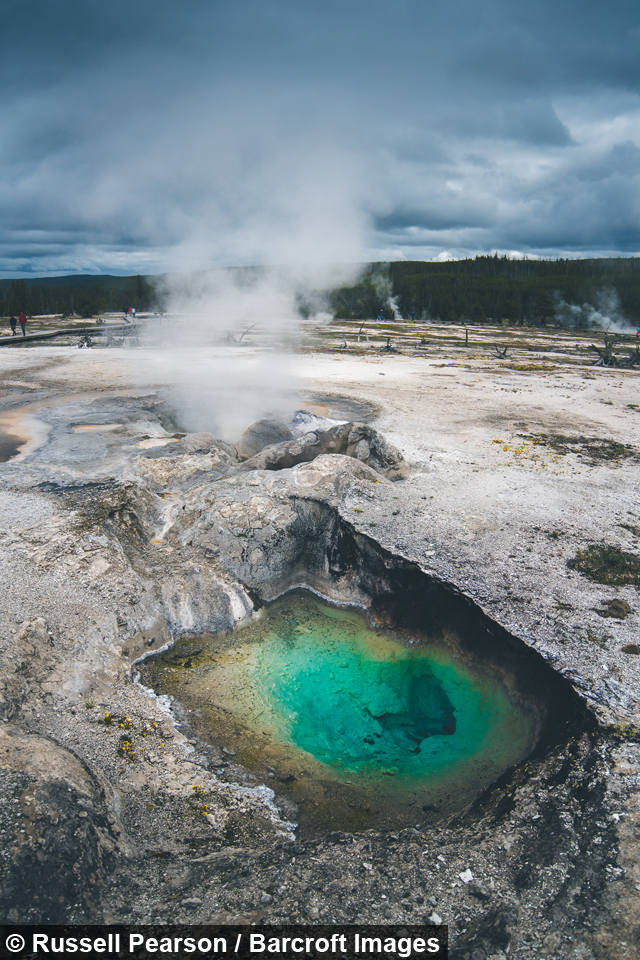 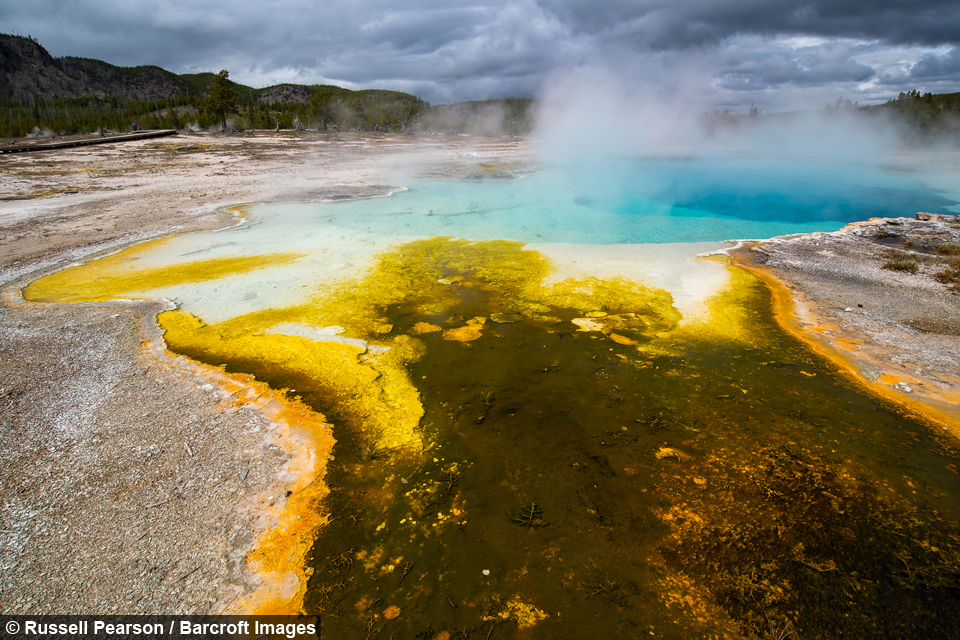 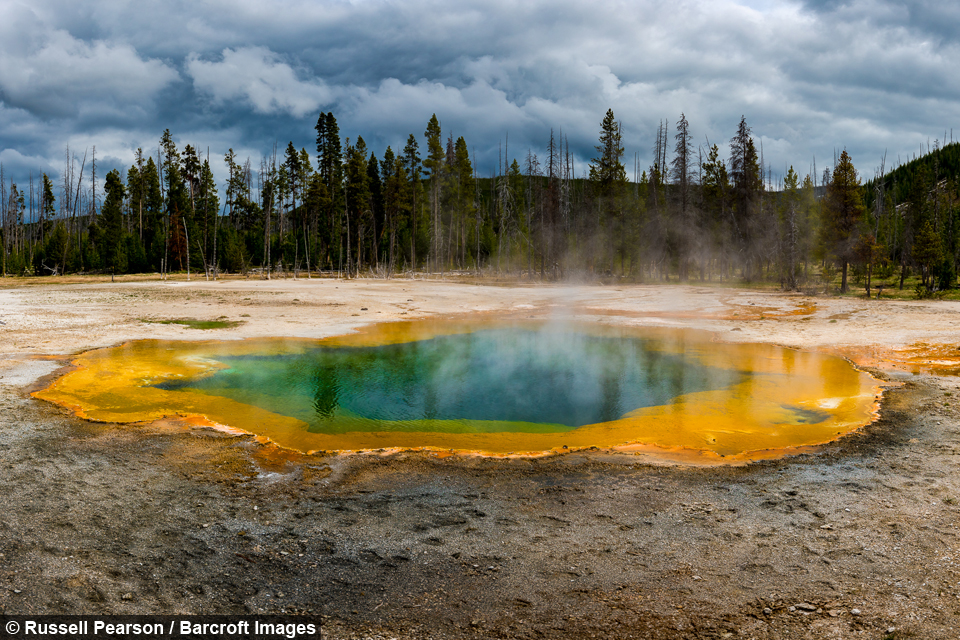