Terrapins Hitch A Ride On The Back Of A Hippo 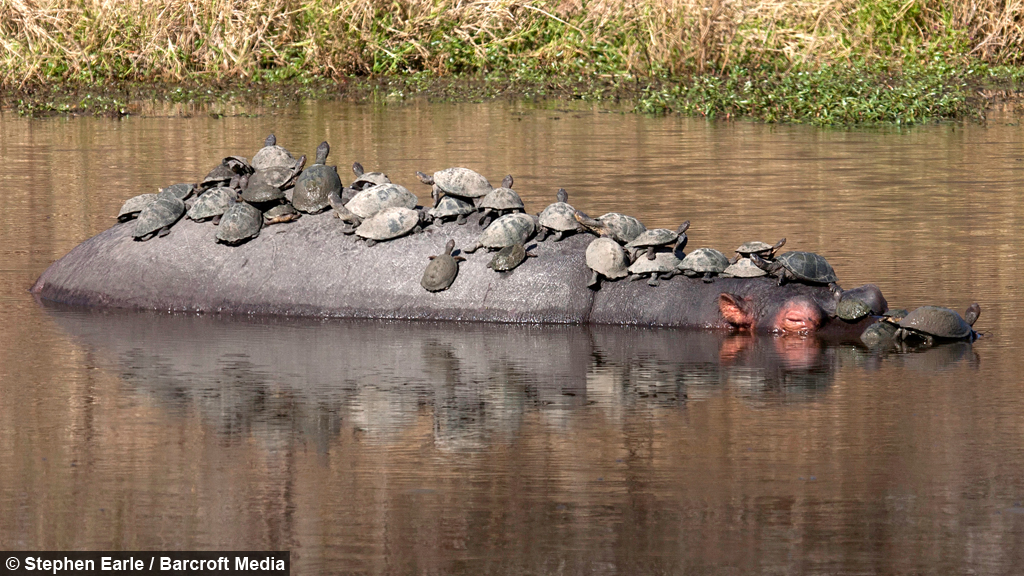 TERRAPINS take a break from the water and rest on the back of an enormous hippo.

The resourceful creatures appear to be using the animal as a living island, as they bathe in the heat of Kruger National Park in South Africa.

Semi-professional photographer Stephen Earle took the photos on one of his regular visits to the park.

The 42-year-old lawyer said: “It is certainly not uncommon for terrapins and other animals or birds to sit, crawl, or land on the backs of hippos.

‘What is rare in this photo is the sheer number of terrapins on the hippo. I have never seen such a large congregation of terrapins before and certainly not on the back of a hippo.

“I was quite happy to witness this rather uncommon event.”

The terrapins, or freshwater tortoises, were spotted by Stephen in the southern section of the park.

South Africa is home to five different species of the animal, along with five species of turtle, and a further 12 species of tortoise.

Terrapins are distinct from their shelled counterparts through their ability to fold their necks in sideways.

South African wildlife-lover Stephen, who lives in Nelspruit in the country’s Mpumalanga province, captured the photos in August last year.

Terrapins Hitch A Ride On The Back Of A Hippo 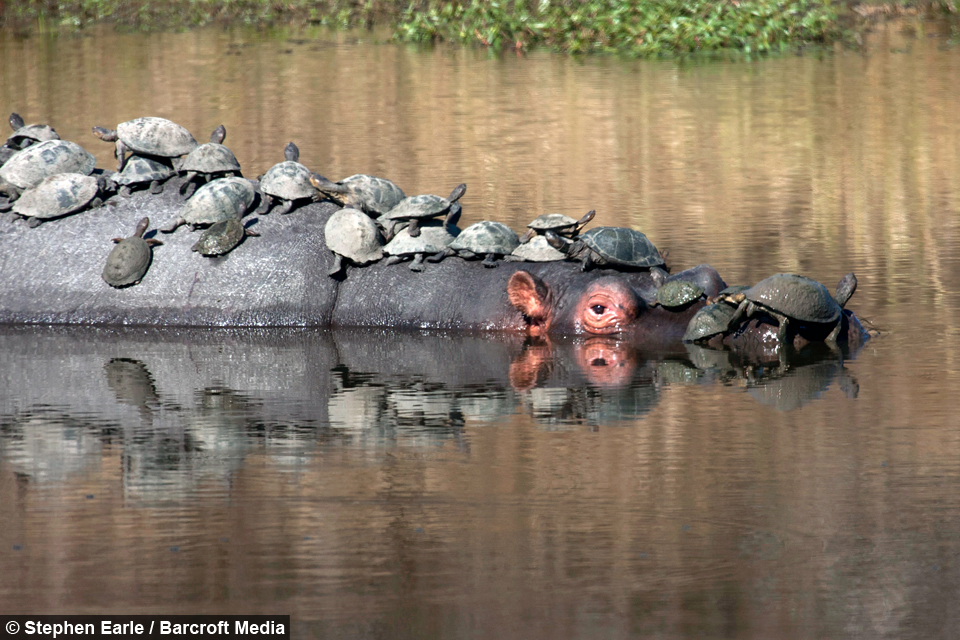 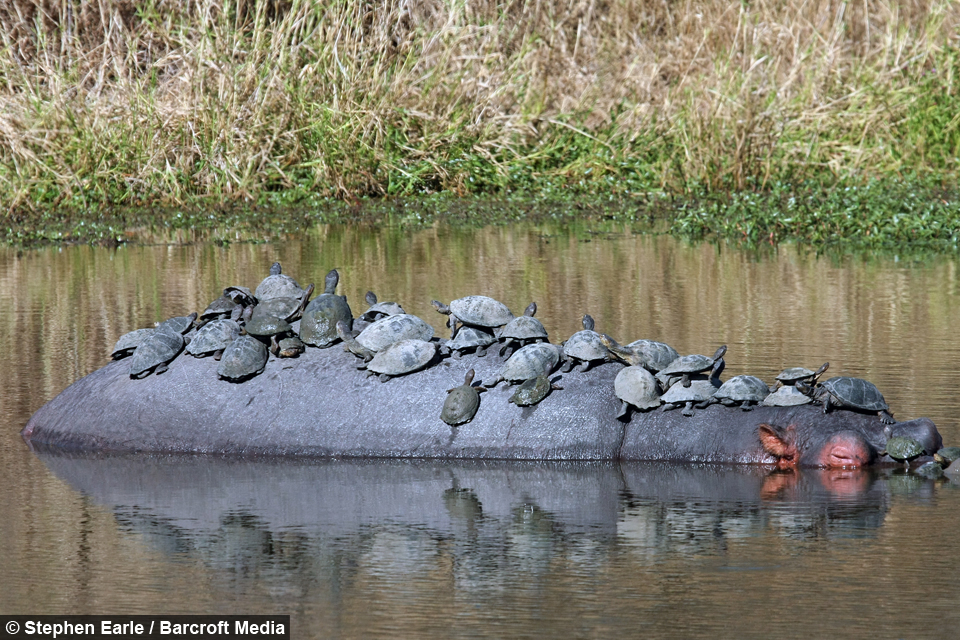 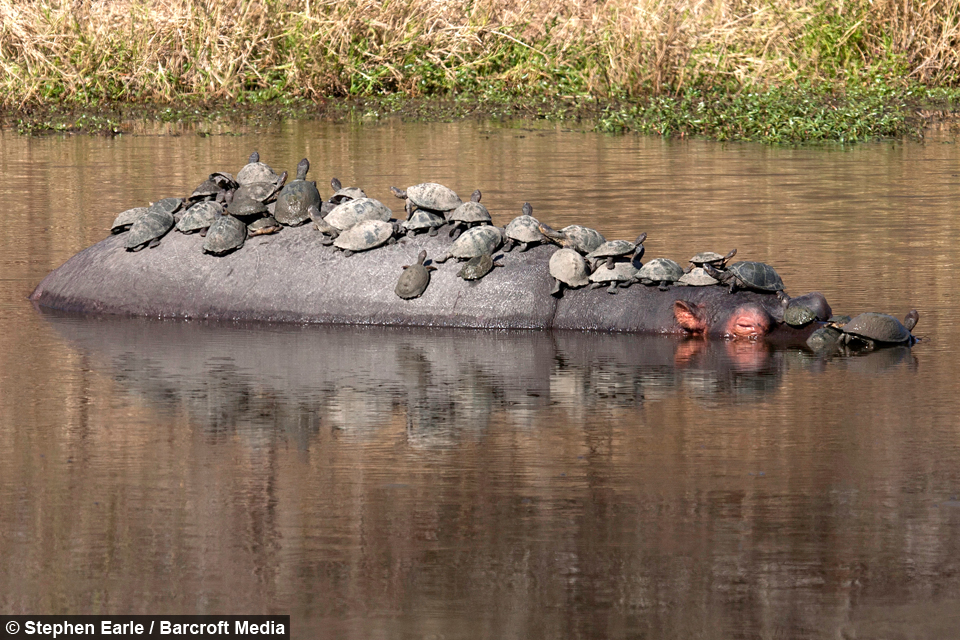 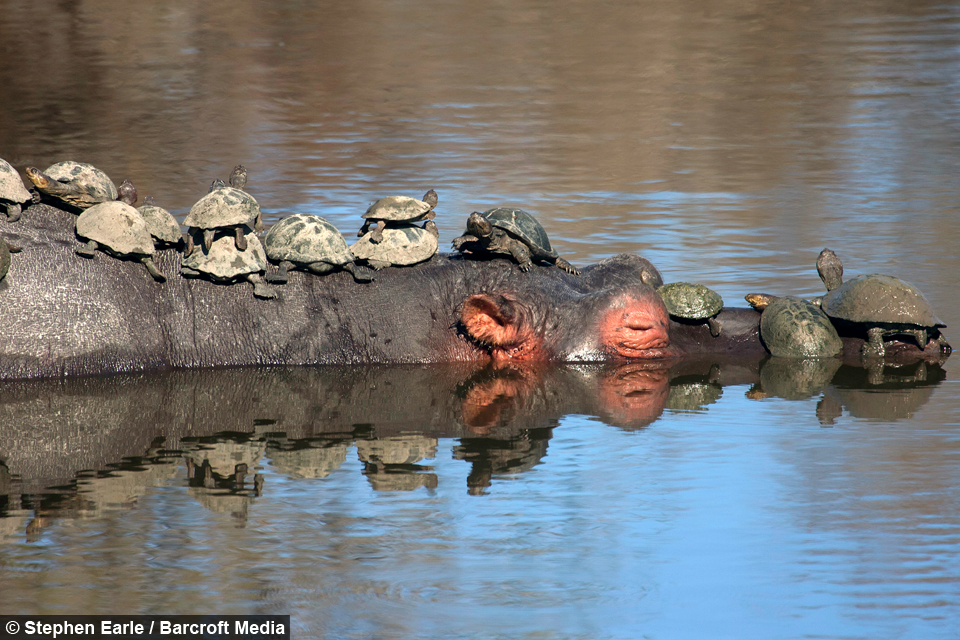 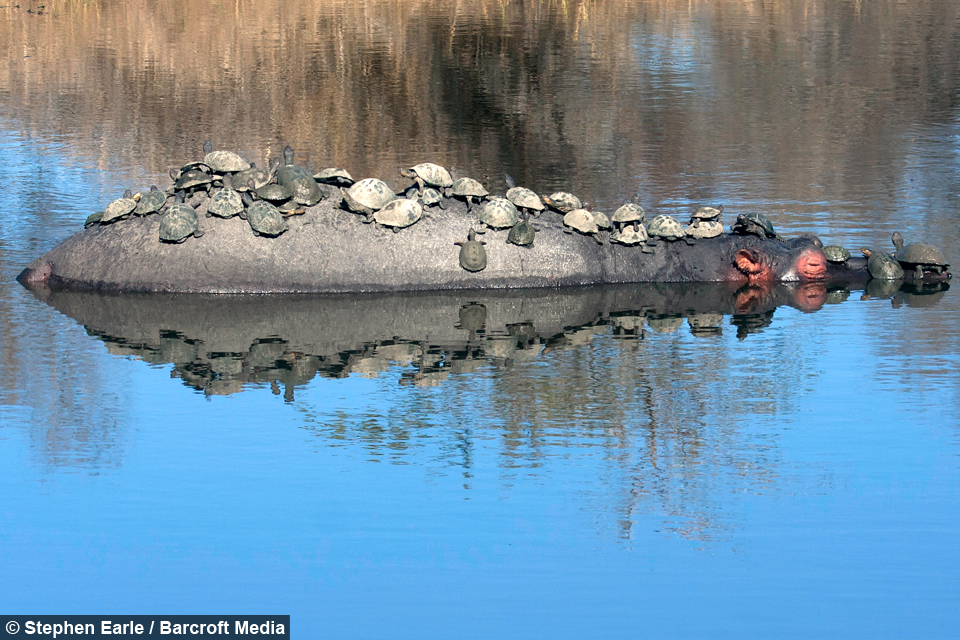