Hitching A Ride: Crafty Terrapins Relax On A Hippo 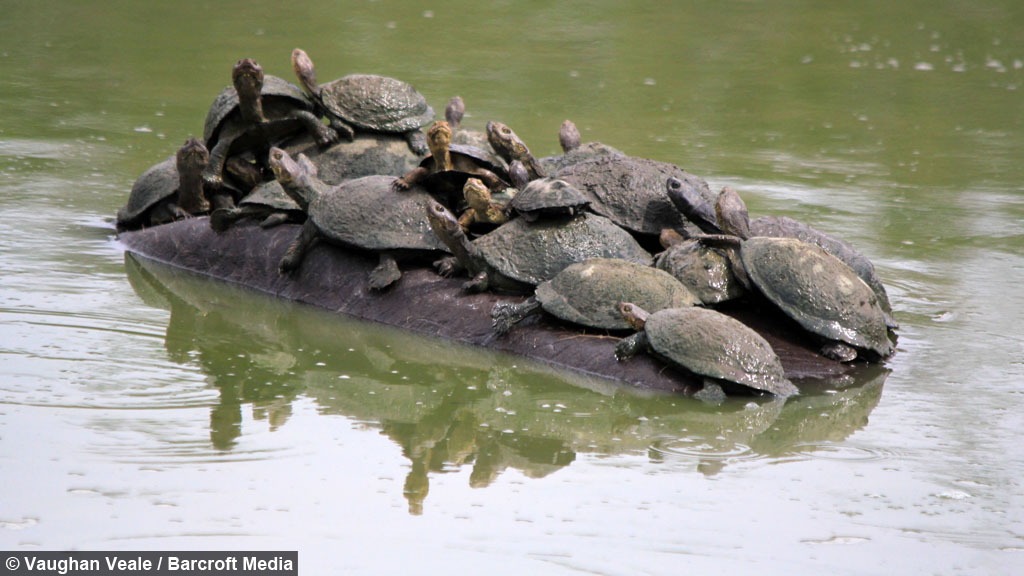 The crafty commuters clambered on to the back of the enormous animal in the N’waswitshaka Waterhole in South Africa’s Kruger National Park.

Some of the baby terrapins had to climb on top of the adults so that they could all fit on the unconventional vessel.

Vaughan, who took the photos on a scorching hot afternoon in October of this year, said: “The whole scene was quite amazing.

"The co-existence and interdependency of some of the species with one another I find very interesting and amazing.

“The fact that the hippo seems to have no objection to all these bodies clambering over it is strange, and why they would bask on its back and not on the bank is another question.

“They did not even move every time the hippo came up for breath.”

It is not unusual for terrapins, or freshwater tortoises, to climb on to the backs of hippos – and the enormous vegetarians rarely seem to bat an eyelid.

However, it is unusual to see them on one of the animals in such large numbers.

The photographer visited the same waterhole the day before, and saw just a handful of terrapins on the back of the same hippo.

South Africa is home to five different species of terrapin, along with five species of turtle, and a further 12 species of tortoise.

The amateur wildlife photographer lives in the small town of Veereeniging, south of Johannesburg.

The 61-year-old visits Kruger National Park at least three times a year to capture images of the incredible diversity of wildlife in the area.

Hitching A Ride: Crafty Terrapins Relax On A Hippo 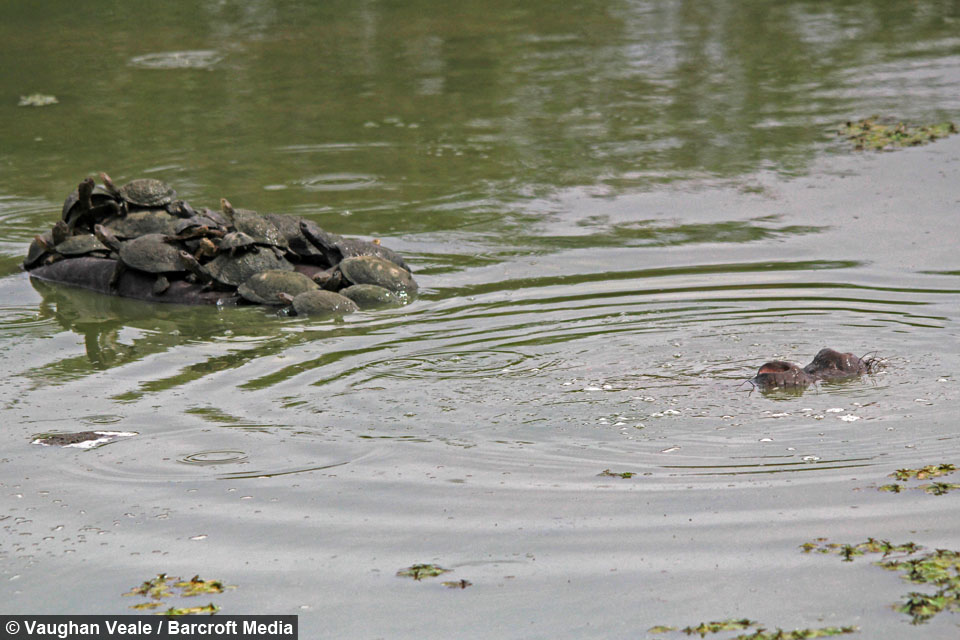 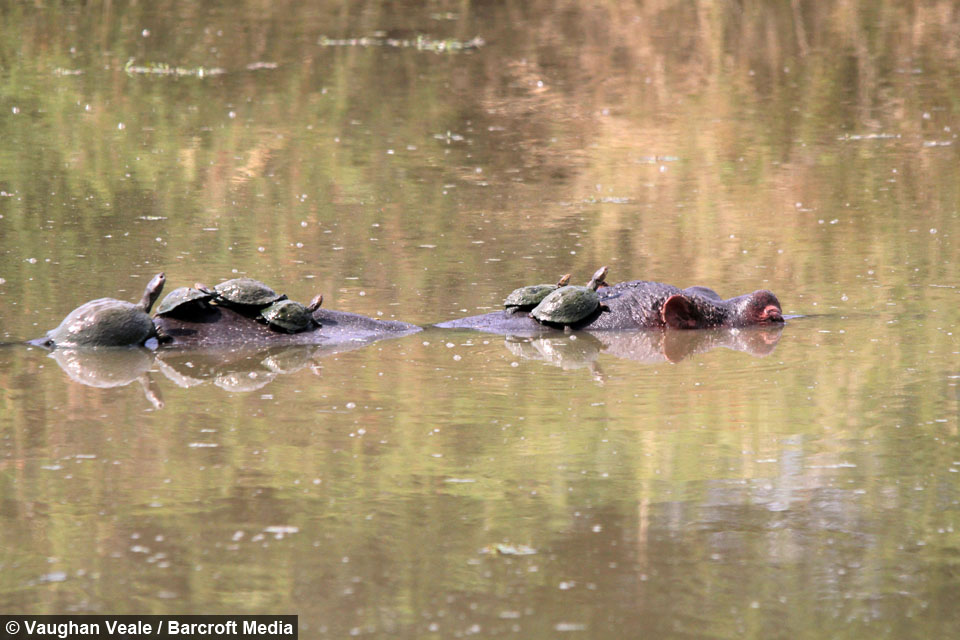 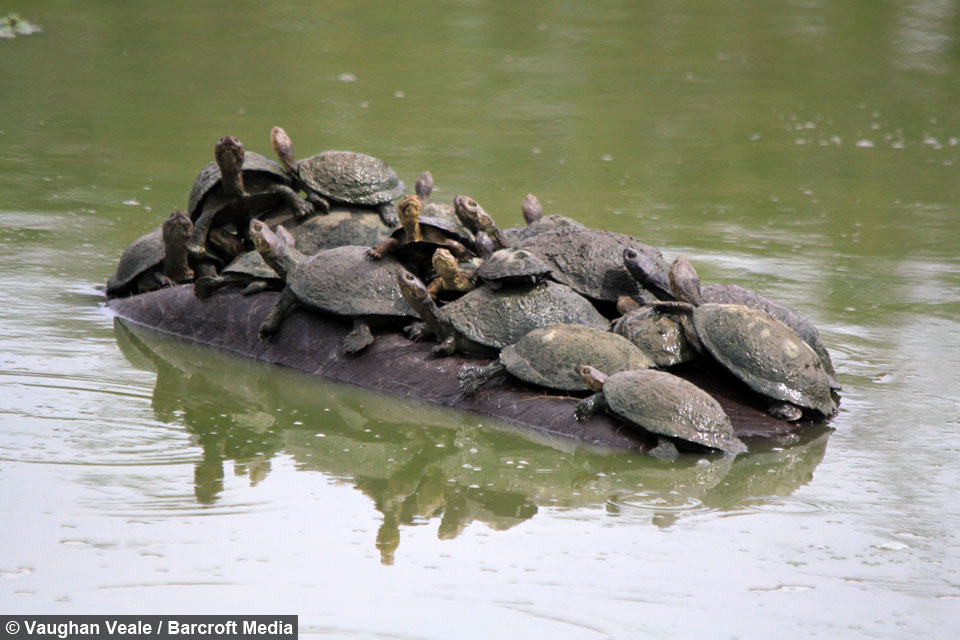