The thirsty animal was spotted dipping its long neck into the elevated pool that was concealed by foliage.

Kali Sakai and her husband had booked a room for two at the Kariega Game Reserve in South Africa – but were surprised, upon returning from breakfast, to find the unannounced guest making use of their facilities.

Kali, 40, said: “When I looked out the window, my brain tried to makes sense of what I was seeing but it didn't quite compute initially. It just didn't seem real or even possible.”

Giraffes can grow to five metres in height and are the world’s tallest creatures.

With its long neck and towering legs, the animal had no difficulty reaching the pool.

Kali said: “It was exhilarating. Even though I crawled to the window and was below the window line, when I stuck the camera up on the windowsill, the giraffe was a little startled. But it held its ground.

“I peeked over and flashed a giant smile in hopes of reassuring it. It kept sticking its tongue out as it studied me. It was hilarious.

“Clearly it thought there was no danger as it bent back down and continued to drink.

“Our ranger later told us that they have seen this giraffe before in the chalet area.

“For some reason this giraffe is very bold, curious and thirsty. I don't think they chlorinate the water in the winter since it's way too cold to use.

“So by all accounts the water is really clean and the giraffe only has to dip his neck half as far since the pool is embedded in the deck.” 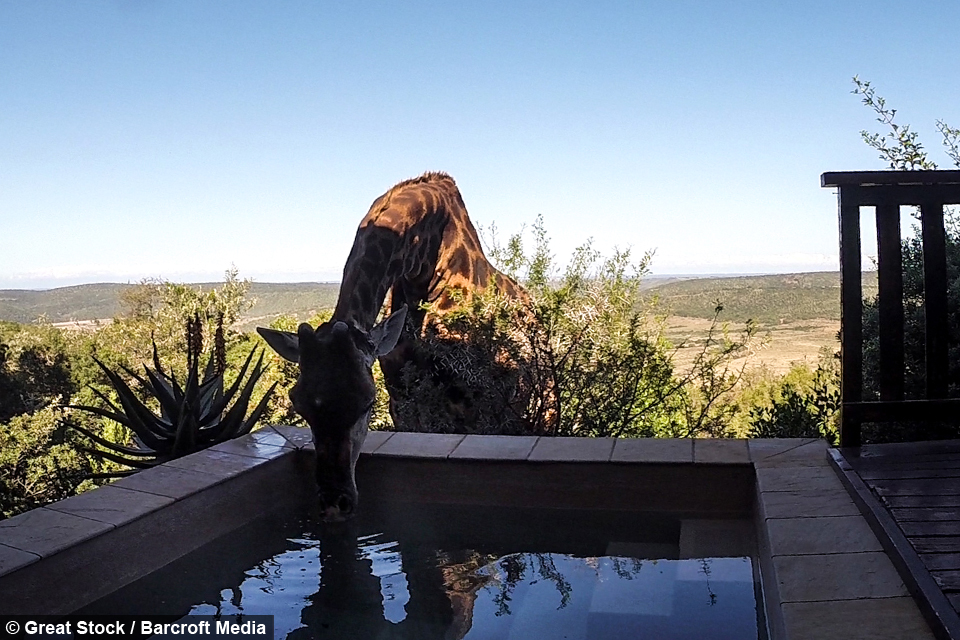 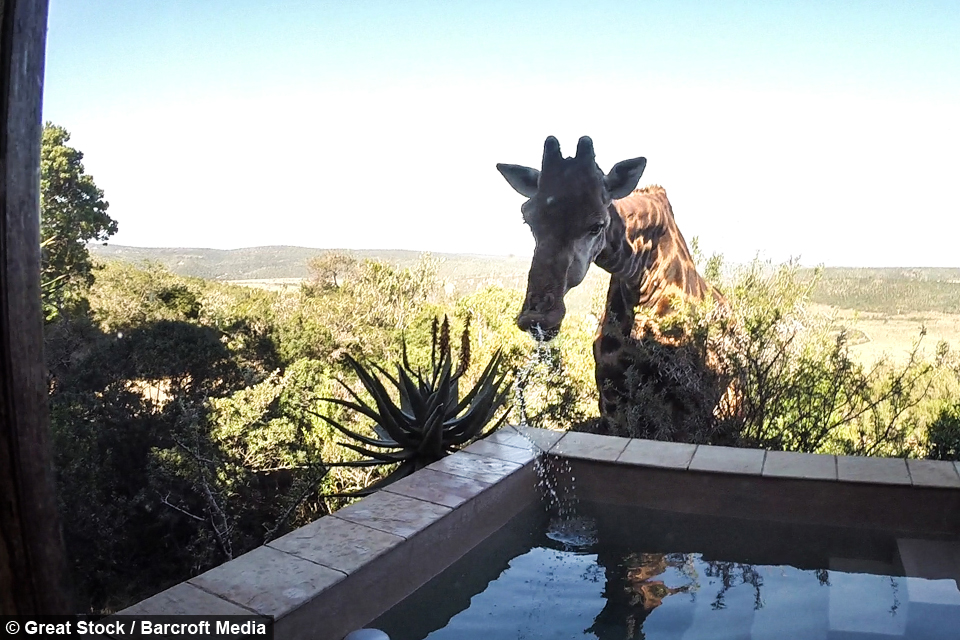 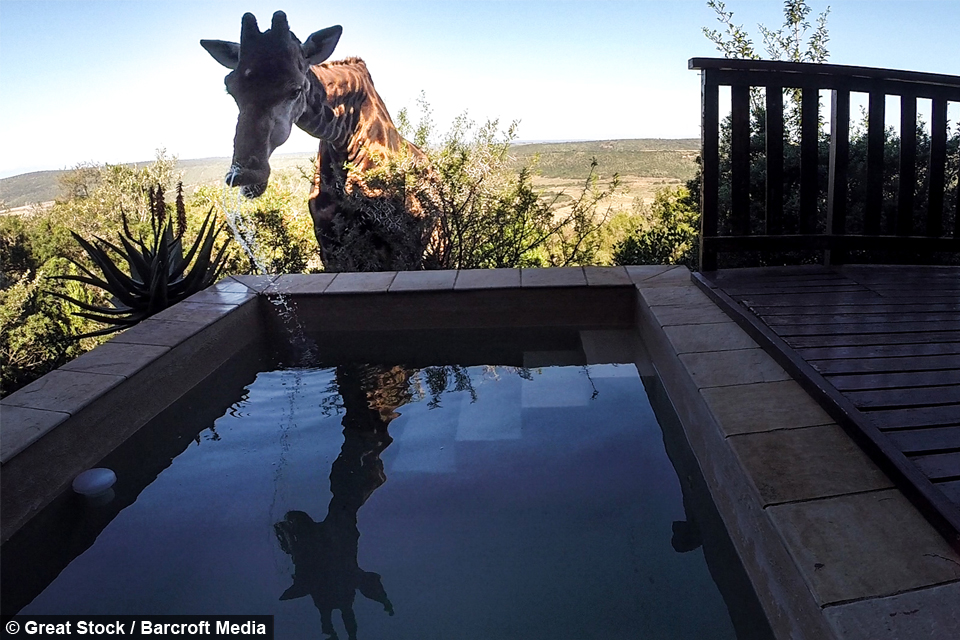 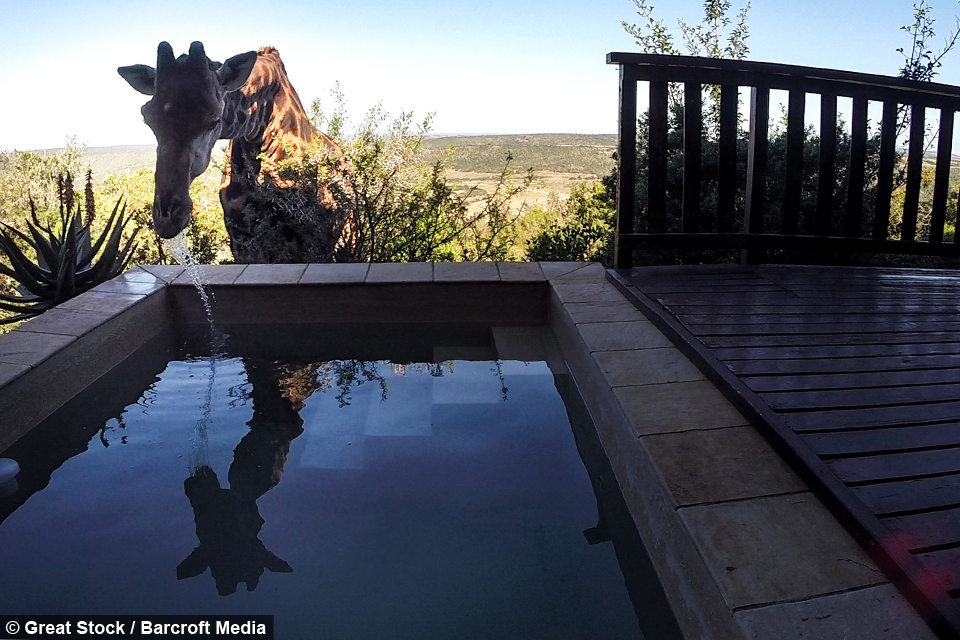