A 31-year-old woman has turned her back on expensive rents and property prices - by living full time in a van.

With an interior measuring just 13ft 2in long, 5ft 8in wide and 6ft 2in high, Eileah Ohning’s home is her Freightliner Sprinter High Top van.

The photographic producer from Columbus, Ohio, has lived in her compact four-wheel home since May 2017. Complete with a memory foam mattress, storage compartments, a desk and a camping stove, she even has plans to add in a shower, toilet and fridge.

And while other van dwellers, and fans of the #vanlife movement, extol the virtues of living in a vehicle as a way of facilitating a more nomadic lifestyle, Eileah is staying put in one place. She parks her van close enough to her workplace that she never needs to worry about the morning commute and showers at her local gym.

Eileah said: “When I wake up, I freshen up a little bit, make a little coffee and I usually do cereal for breakfast, just because it’s easy and it doesn’t require cooking. And then I get dressed and grab my laptop, bag and my purse and go to work, which is 20 feet way from me.”

Unsurprisingly, Eileah has received mixed reactions about her living arrangement.

She said: “Some people think it is really cool. They just want to hear more and a lot of people respond by saying, ‘Oh, that’s amazing! But I can never do anything like that.’ There have been some people who just don’t get it and they think it’s really weird and strange. They just think I’m an odd-ball.

“My mom had her reservations but she was at least open to listening and working through the process with me.

"My father is a lot more traditional and so I think he was scared that I was going to be more vulnerable. He never spoke directly against the idea but he definitely made his concerns known.

“I tend to only park in neighbourhoods or places that I’m comfortable with and that I already feel safe in. I guess that’s a luxury of your home being on wheels - you can move it if you don’t feel safe.

“I don’t hang my laundry outside of the van or make a big scene so for most people it’s just a van parked on the street.”

On the inside however the van contains a custom-fit bed with a memory foam mattress; LED lighting with dimmer switch to make it more “homey”, and a storage area under the bed Eileah has nicknamed ‘the garage’ because it’s where she keeps tools and will eventually store her fold-up kayaks and paddle boards.

Eileah said: “I sleep great, I love it when it rains because the tin, the walls, the roof; it kind of echoes and reverberates in it.”

Eileah said: “It was really simple. I mean everywhere I went I had everything that I needed.

“When you are cleaning such a tiny space it takes minutes to clean it - that gave me more time to spend how I wanted to.”

In a bid to strip back and live more simply, Eileah set herself the challenge of living in the sedan style car for a whole year. Putting her belongings into storage, Eileah loved her minimal lifestyle but admits sleeping in its cramped confines for 12 months took its toll.

She said: “I missed the ability to stand up in my home. If I was really tired and exhausted, I had to crawl over the seats and put them down and make the bed. I couldn’t just come home and relax.”

After a year of sleeping on the back seat, Eileah was excited to move into a regular apartment. But what she hadn’t anticipated was that a short while after living in a conventional building she would begin to miss the simplicity of living in a vehicle.

So, in December 2016 she traded in her car for a $10,000 van, called Marta, and has been in the process of converting it into a living space ever since.

“It's still a fraction of the cost of buying a home.”

Eileah held a yard sale to get rid of all possessions she couldn’t store in the van – “I don’t think there’s really much I’ve gotten rid of that I miss” – and is spending most weekends finishing off the refurb with her boyfriend of one year, Brian Laston.

Eileah said: “When I started [thinking about] the van, we had really just met, we hadn’t been dating for long, so it took me maybe two or three weeks to tell him that I had lived in my car.

‘It took me probably another month to tell him that I wanted to live in a van and I didn’t like the idea of living in a traditional house, which I’m sure would probably be difficult for him considering he owned a home.”

Brian said: “I knew it was something she was always interested in.

“I was hoping, I think at that point, it was just a dream that she is just gonna talk about or just skip over “

After Eileah sent Brian a text saying she was on her way to Florida to pick up a van; he knew it was neither a joke nor a dream.

He added: “Once she got it back and slowly started including me in the build, I took a bigger interest in it.”

So far Brian has only stayed in the van a few times when the couple have gone away for the weekend, but he has slowly come round to the concept of van living

He said: “It’s now more or less gone from her dream to become our dream.”

Once the van is complete, not only will Brian be a more regular visitor but Eileah’s dog Aza (currently with Eileah’s parents) and Brian’s cat Kernel will also move in full time. It will certainly be cosy but Eileah doesn’t see herself living in a big house any time soon.

She said: “I don’t know that I ever see myself going back to traditional housing, I just think that there is a better way to do housing in general." 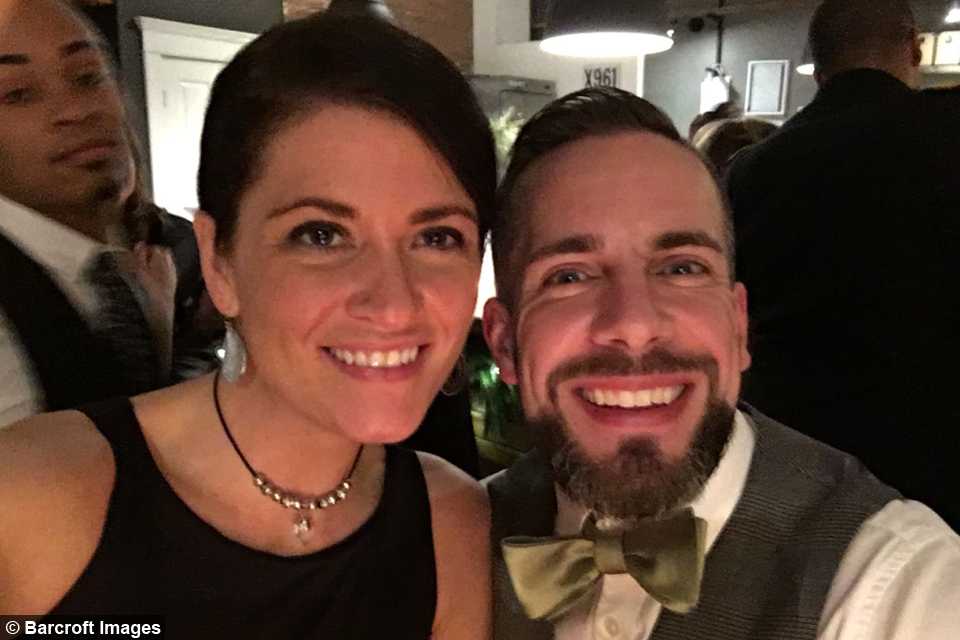 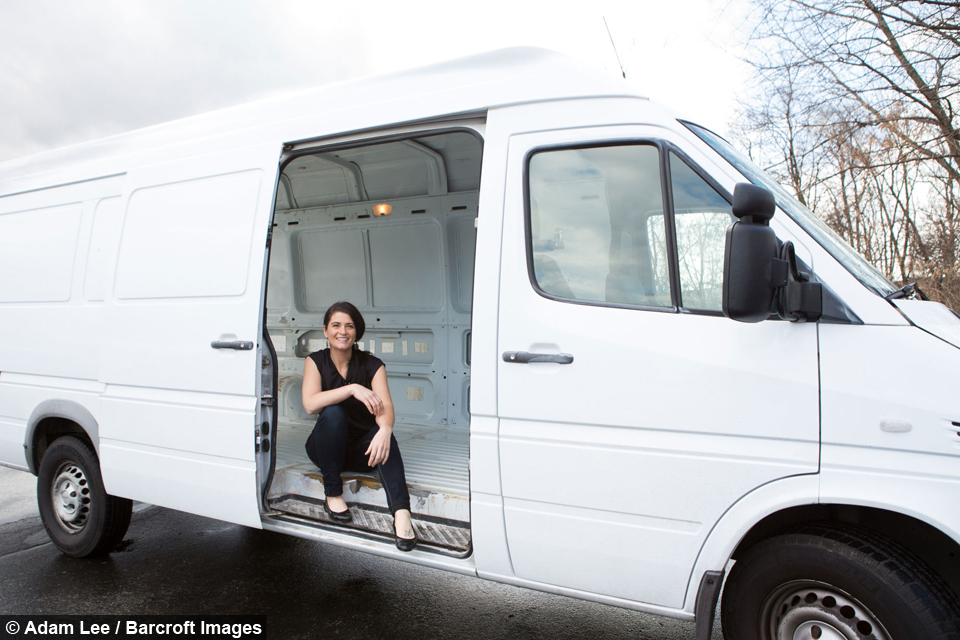 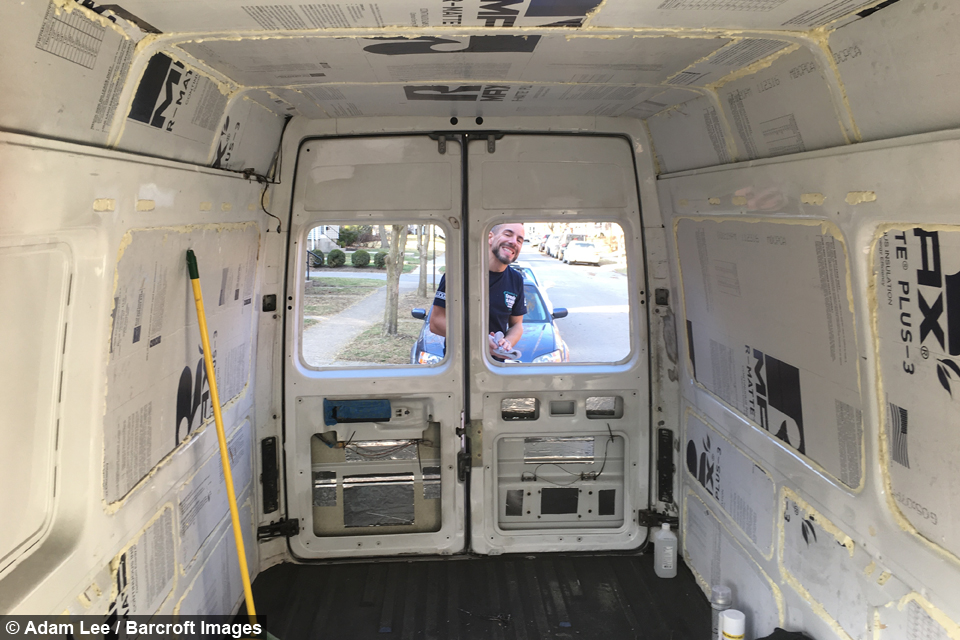 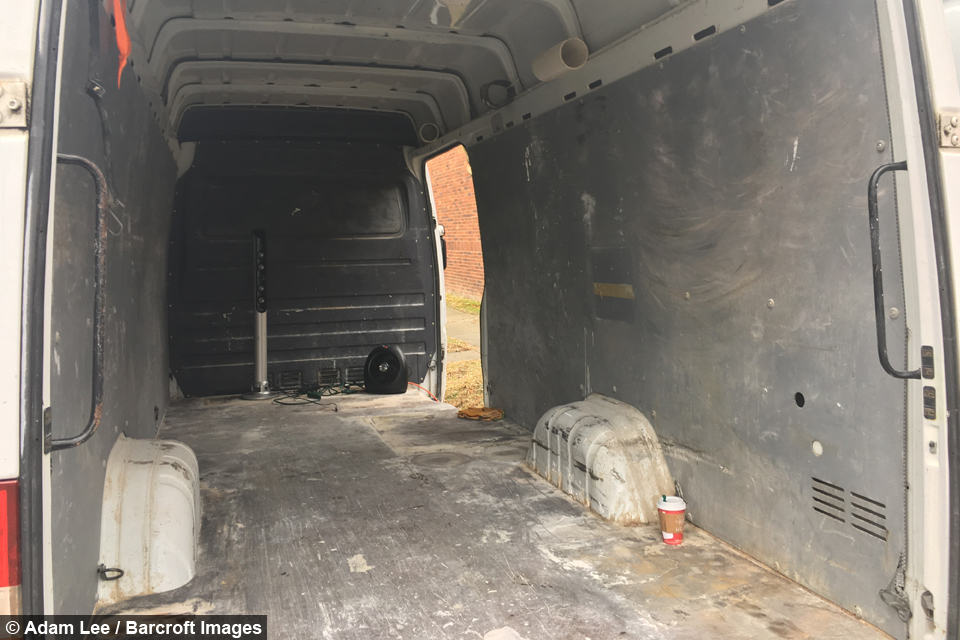 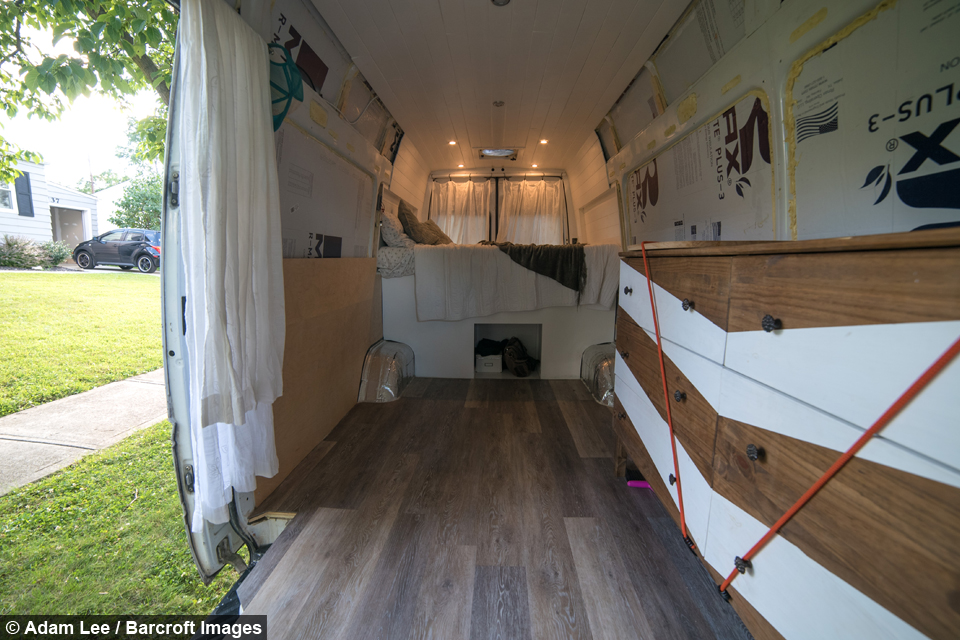 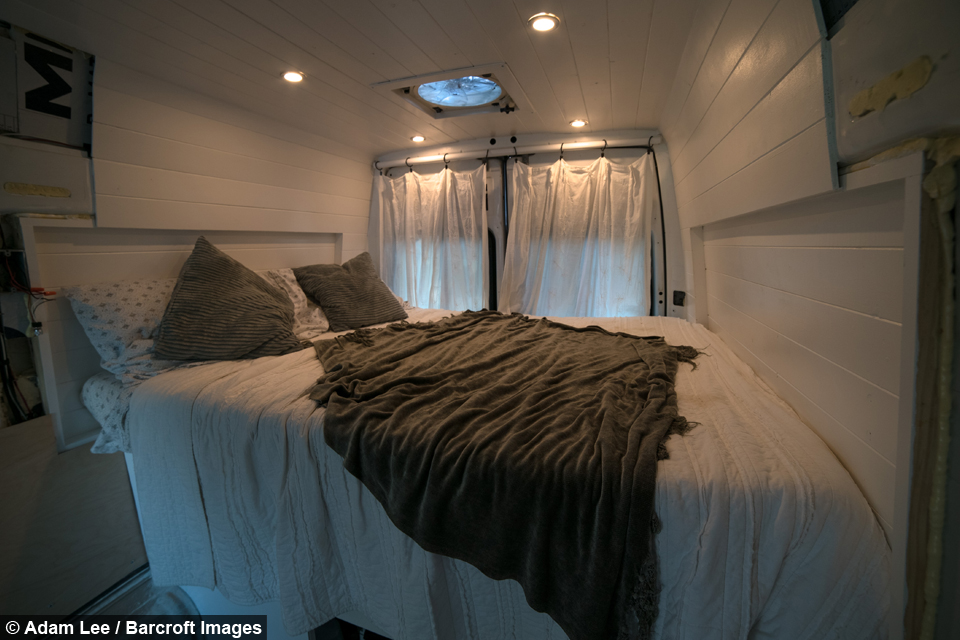 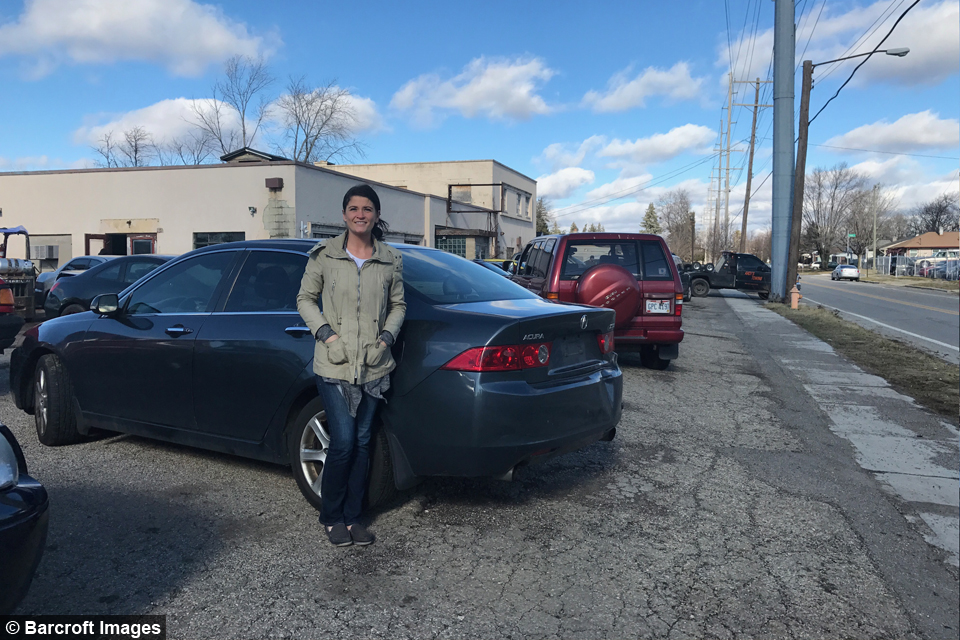