What Lies Beneath: Split Shots Of Whale Sharks Swimming Below Boats 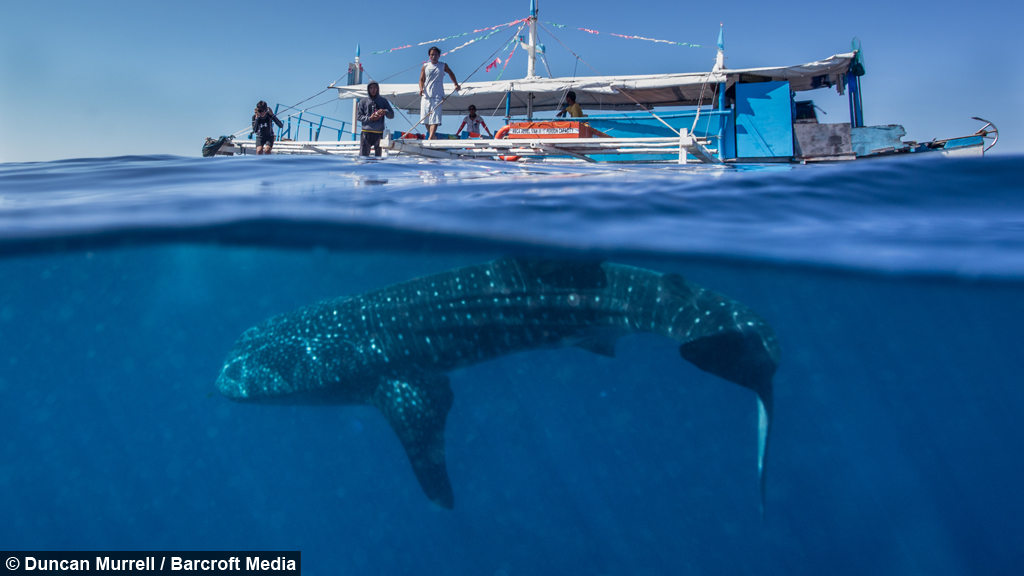 But this is no ’Jaws’ moment. Whale sharks are gentle giants and who sometimes even like to play with snorkelers brave enough to approach them.

Known as “Lord Fish” to the Vietnamese, whale sharks can reach 14 metres in length or more. Some weigh up to 30 metric tons - almost as much as three double-decker buses.

And some of the more curious ones will even approach tourist boats without a care in the world.

These charming pictures were taken in Honda Bay near Puerto Princesa in the Philippines by veteran wildlife photographer Duncan Murrell, who witnessed the giant marine creatures passing metres from the hull of the boat.

Morrell says whale sharks are some of his favourite animals to snap.

“These magnificent creatures with their hypnotic markings and undulating motion hold you spellbound from the moment you enter the water and fully appreciate how big they are, but at the same time how gentle and passive they are,” he said.

Duncan, 62, is passionate about whale shark conservation. He says that though the population is increasing since hunting them was banned, on the black market, their pectoral fins can fetch up to $20,000.

He said: “The shark fin trade is arguably the biggest threat to sharks at this time. Traded on an unimaginable scale and generating vast wealth for those at the top, the fin trade and its attempted regulation, is a complicated and challenging topic. It has been estimated that the fins of 26 - 73 million sharks are traded worldwide each year.”

Although the fin itself is tasteless and the soup is flavoured with pork or chicken, the fibres from the fins provide a glutinous texture, which defines the dish. There are however alternative imitation recipes available and it is possible to recreate the texture by substituting fins for melon – but they lack the prestige of real fin.

Snorkelers in the Philippines are required by law to keep a minimum of four feet away from the sharks, and if you touch one you can be fined and even sent to jail.

Not much is known about whale sharks’ numbers or breeding habits, but they are considered vulnerable by the IUCN due to their long life and late maturation.

Duncan said: “Every opportunity to experience them again is a privilege not to be missed. They are majestic icons of the oceans that they ply over great distances, but also symbols of our responsibility to protect them and their habitat so that future generations are not denied such a beautiful spectacle millions of years in the making.”

What Lies Beneath: Split Shots Of Whale Sharks Swimming Below Boats 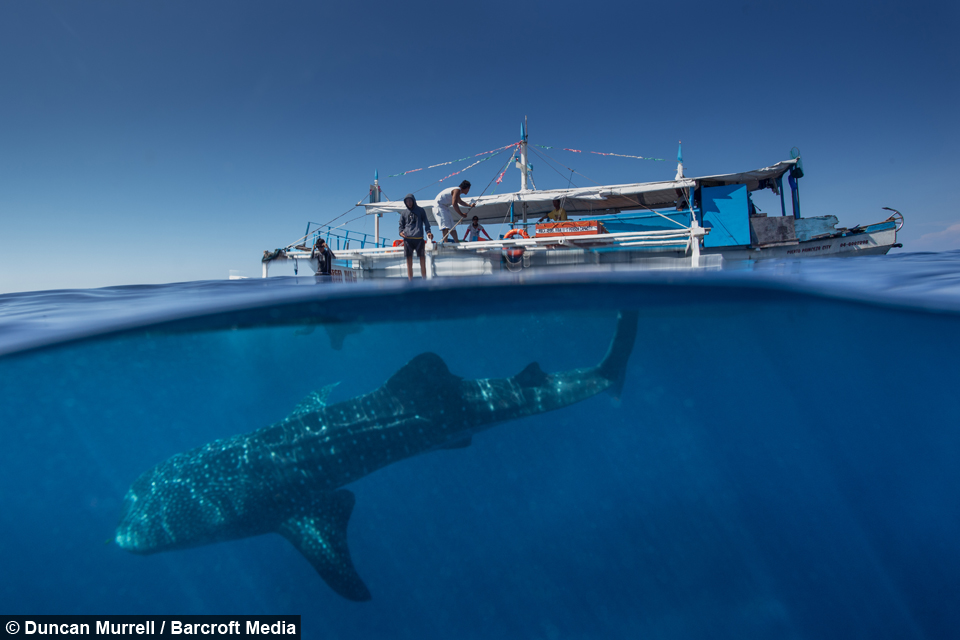 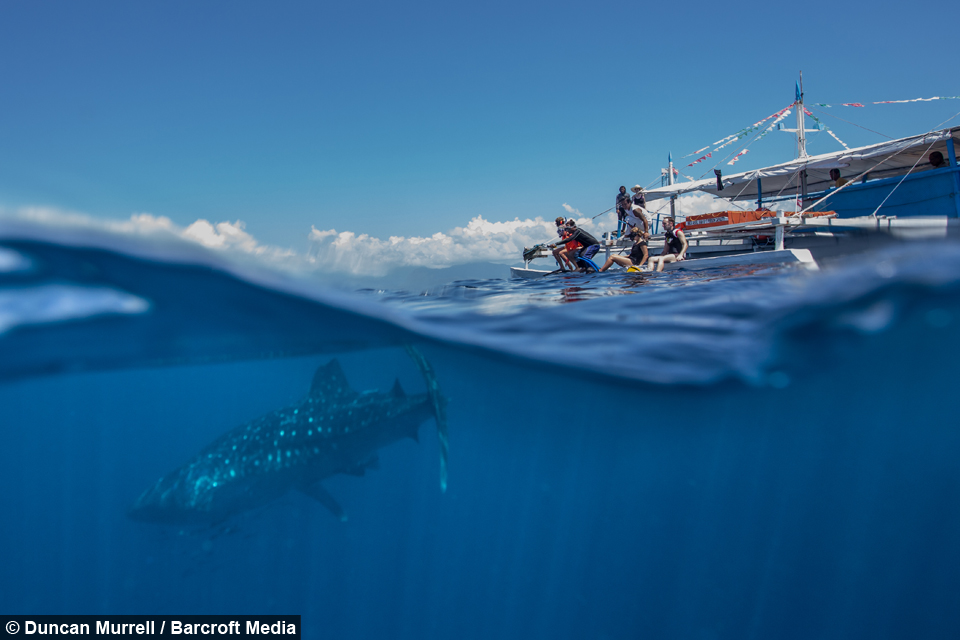 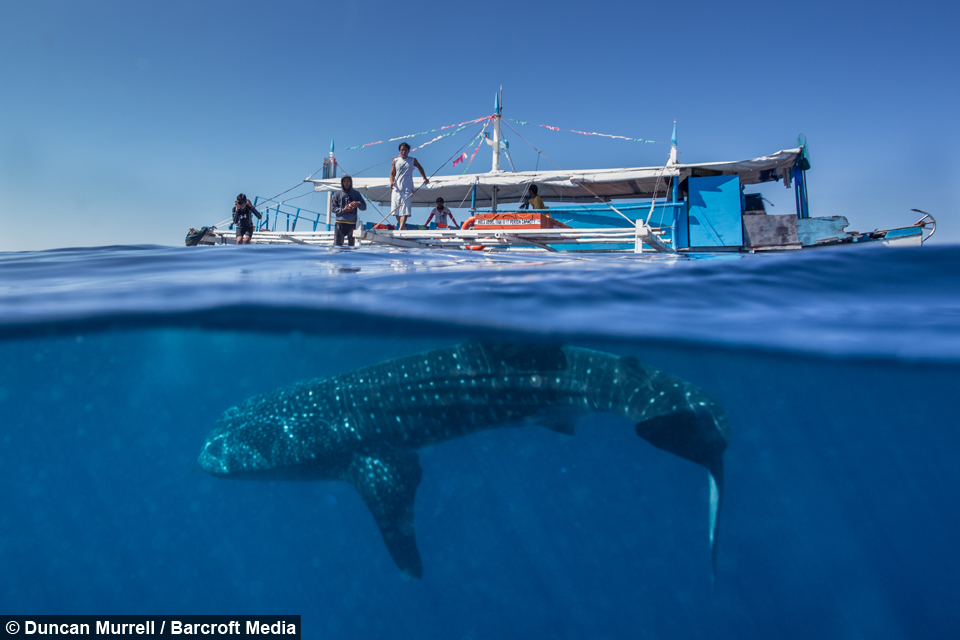