Shot in Botswana this incredible picture was taken by wildlife snapper Jean Tresfon, 40, who was on an expedition with her friend Steve Benjamin, 32, to photograph lilies from beneath surface of the Moremi river.

The South African native specialises in photography taken underwater and was shocked to be confronted with one of nature's most iconic animals.

She said: “We saw the elephant feeding quietly about ten metres back from the river bank and brought the boat in against the side for a better look.

“There were too many people in the boat for everyone to get a shot so Steve and I climbed out and waded a little bit away to make some space.

“The elephant slowly moved closer to the water’s edge and then, almost unbelievably, decided to cross the river right in front of us.

“Only when he was knee deep did he see us. He sucked up a trunk full of water and blasted it at Steve as a warning not to approach any closer, then turned and swam across the river. What a magical encounter.

“In underwater photography, it is not possible to take photos from far away with a telephoto lens so I am used to approaching large animals in the water - although this was unusual as it happened on land, well almost.”

Marine tour guide Steve, who snapped the animal in September 2012, while standing in front of Jean, insisted that he didn't feel intimidated by the gentle giant.

He said: “I was cautious, but at no time felt threatened. However as the elephant turned and walked towards me, I knew it wanted to cross the river.

“I knew I had to stay calm and hold my position, no sudden movements. It decided to spry me with water, which I took as a ‘I know you are there and don't move’ sign.

“Gripping my camera, I took what shots I could without disrupting the encounter. It was a moment I'll never forget.” 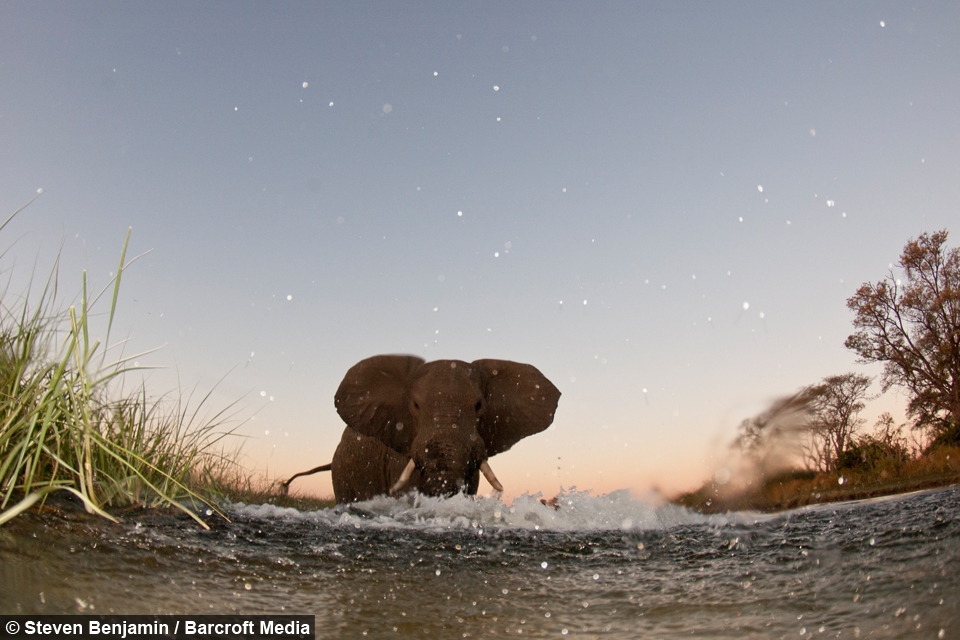 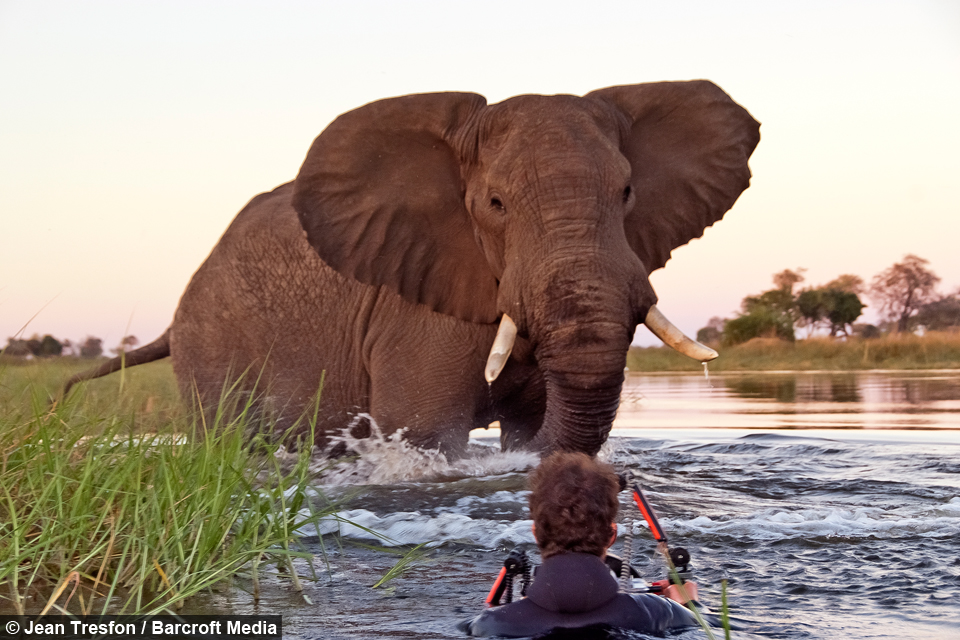