Not On Your Nelly: Male Lion Protects Pride From Bullish Young Elephant 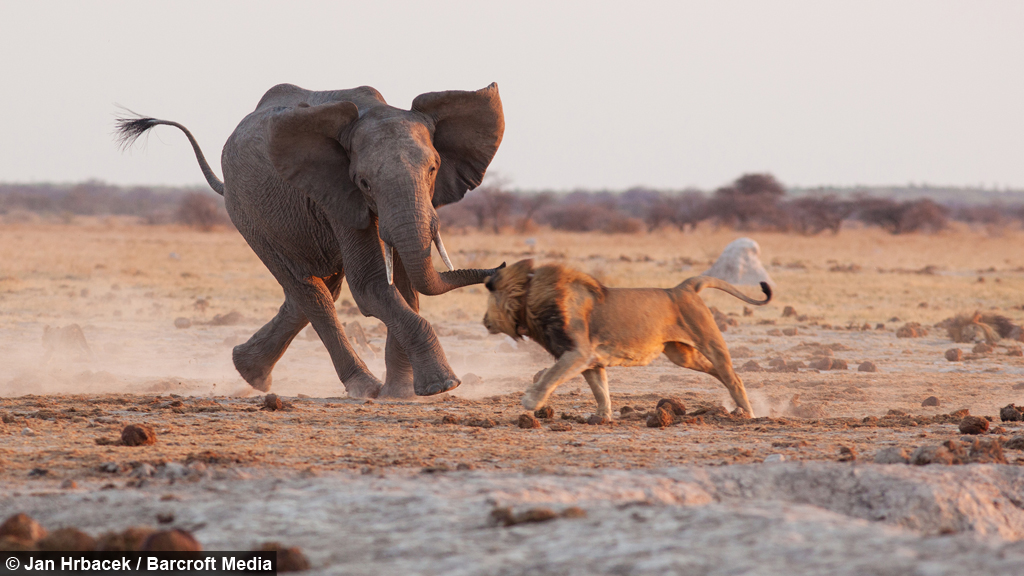 The two enraged males squared up to one another before charging at full tilt in a potentially deadly game of chicken.

The encounter only lasted a minute, and while neither animal was hurt, it showed how brutal life can be on the plains of Africa.

This intense standoff took place in Botswana’s Nxai Pan National Park, and was captured by Czech photographer Jan Hrbacek while he was on holiday there last October.

Hrbacek said: “The young elephant came up to the waterhole, where the pride of lions were lying.

“The male lions tried to chase him away, but he became angry and chased them back.”

The stand off was short lived and the elephant retreated, leaving the pride to lounge by the watering hole until dark.

Conflicts like this are common at watering holes, where space is at a premium, and animals become wary of each other.

The pride in this case consisted of two adult males, four adult females and ten cubs, some of which can be seen scattering in the face of the angry elephant’s charge.

The male lion is wearing a radio collar, which scientists use to track their movements.

Lion territories can be very large, and the animals can be good at hiding in thick vegetation and rugged terrain, so conservationists use collars to help monitor populations.

Hrbacek said he was very happy but just as surprised to witness the battle.

He said: “The elephant was not very big, and no more than ten years old. I was very happy, as I’d never seen a confrontation like this before.

“I am glad I was there at the right time and at the right place – I felt like I was inside the natural world.”

Not On Your Nelly: Male Lion Protects Pride From Bullish Young Elephant 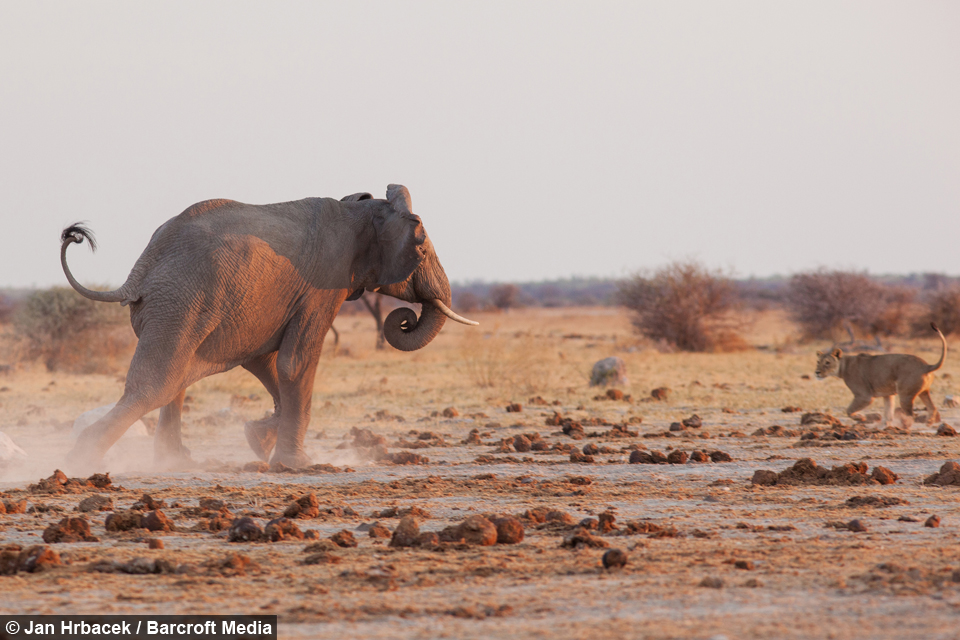 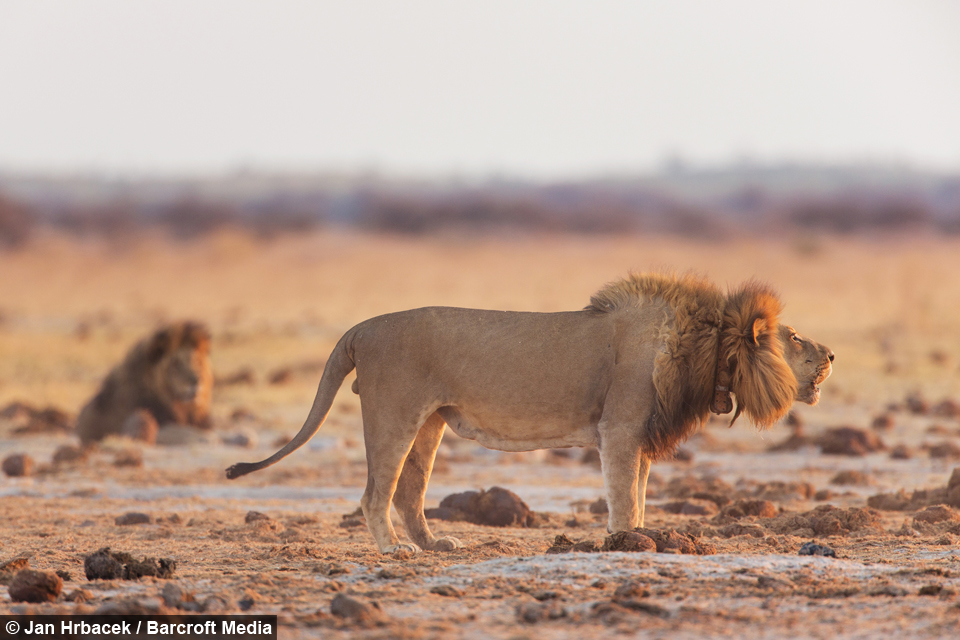 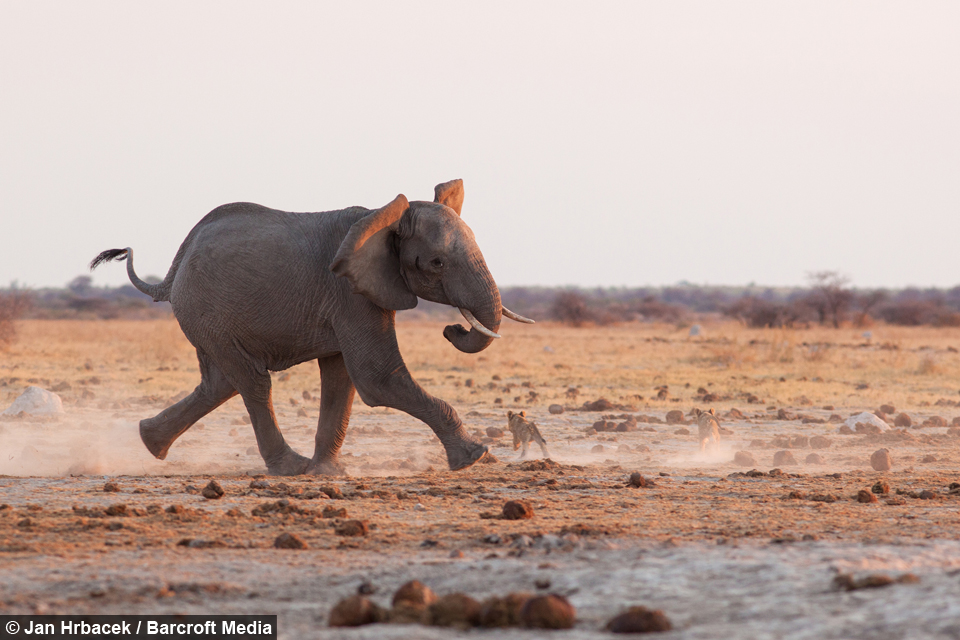 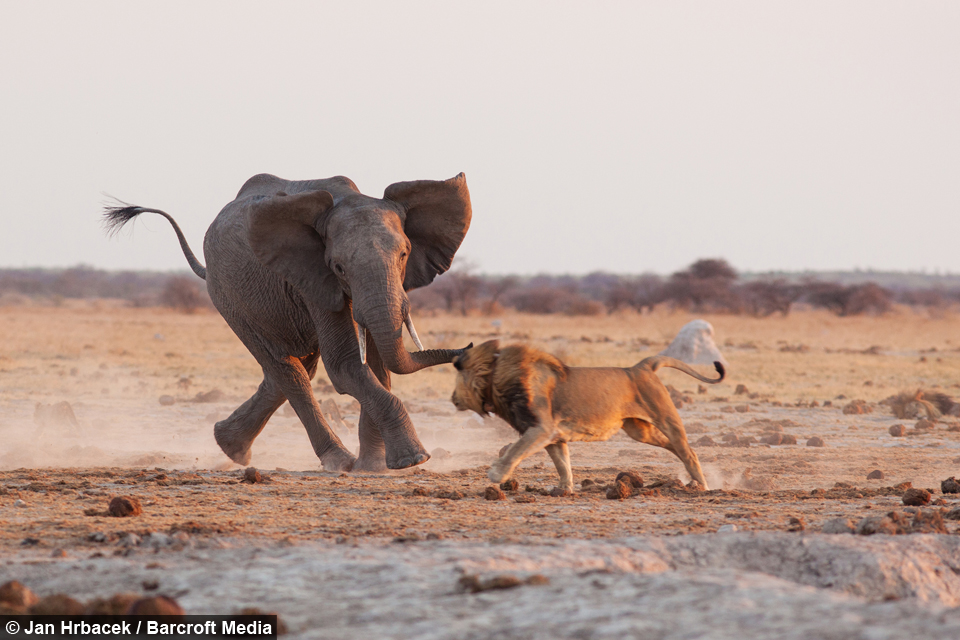 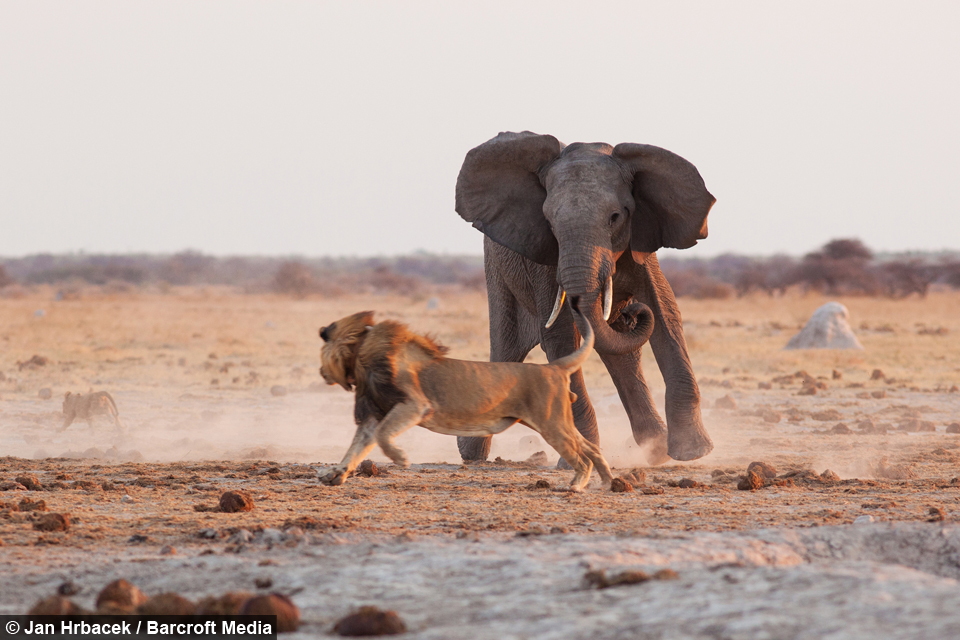 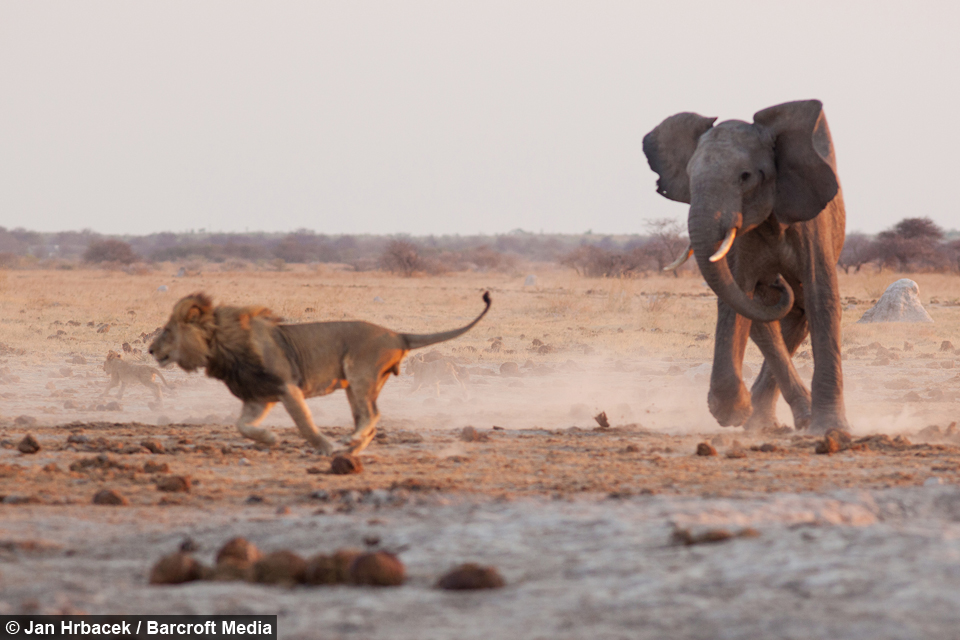